The flavour in food labelling modernization

The flavour of food must be appealing in order to sell a product. But it’s not too often we get to sample food before we buy. Instead, the principal means of communicating flavours on a packaged consumer food is via its label. 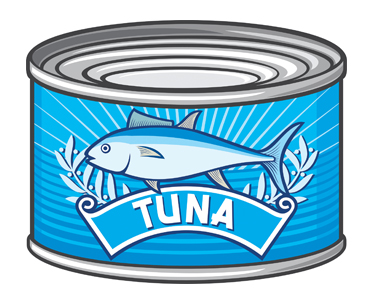 The flavour of food must be appealing in order to sell a product. But it’s not too often we get to sample food before we buy. Instead, the principal means of communicating flavours on a packaged consumer food is via its label.

Current federal labelling rules, Food and Drug Regulations (FDR) and Consumer Packaging and Labelling Regulations (CPLR), are fairly soft on the matter. The CPLR requires prepackaged consumer food that includes a pictorial representation on its label of meat, fish, poultry, fruits, vegetables, edible yeast, herbs, spices, bark, buds, roots, leaves or other plants that does not contain such natural substances or flavours, but which contains the addition of simulated flavours, to identify the added presence of artificial, simulated or imitation flavours.

The trigger under the CPLR hinges on the pictorial representation, and words alone do not trigger the identification of artificial, simulated or imitation flavours. A product that includes the term “cherry” without an image of a cherry, for example, isn’t required to identify the presence of artificial, simulated or imitation flavours adjacent to such words. If consumers wouldn’t expect real cherries in a product, the term “cherry” alone is sufficient as an indication that the food is flavoured. For products that consumers would expect to find real cherries in, the phrase “cherry flavour” is sufficient to identify natural and/or artificial flavours.

The latter is not actually prescribed by regulations, but is done to avoid the potential for otherwise mispresenting the nature of the food. In addition, the Canadian Food Inspection Agency (CFIA) has over the years provided specific and general guidance on such matters, such as in its guidelines on Highlighted Ingredients and Flavour.

In January 2017, proposed Safe Food for Canadians Regulations (SFCR) were published in Canada Gazette I. We might see final regulations by May 2018. The SFCR would trigger provisions within the Safe Food for Canadians Act that would withdraw foods from the Consumer Packaging and Labelling Act, and thus the CPLR as well. The CPLR would then no longer apply to foods. The proposed SFCR, however, has carried forward in Section 209 the basic requirements related to images as they have generally read in the CPLR, as an interim measure.

The CFIA is already engaged in further food labelling modernization initiatives, including enhancements related to flavour representations, and seems to be following the same direction as the U.S. FDA in identifying the characterizing flavour in a food when a label or advertising identifies the primary recognizable flavour by words or images.

The scope of change the CFIA will end up proposing is still uncertain. The agency is also looking at requiring the percentage declaration of ingredients when ingredients are identified by words or pictures outside a list of ingredients and which are not identified as being for flavour. And it is looking at regulations to enhance the prominence of label statements. It appears that the next big tsunami of label changes is heading to the shores of Canadian food labelling modernization.