Chicago, Ill. – Results of a new study have shaken up our notions on sodium intake.

While consumers now know that too much salt can have harmful effects on their health, the American Medical Association (AMA) has also found that too little salt can have negative effects.

The AMA adds that it’s now critical to set a range for safe salt consumption for consumers, reports the Vancouver Sun.

Risk from too little sodium

The study found that people with heart disease whose salt intake matches the low levels recommended in health guidelines appear to be at higher risk of death from heart attacks and strokes, reports the Vancouver Sun, than people who consume somewhat more salt.

The study did also find a link between high salt intake and a higher risk of cardiovascular death, but only at consumption levels higher than what most Canadians have.

Too much is still bad

The international study of almost 29,000 people, reports the Canadian Press, did also find that high consumption of sodium-rich foods is indeed associated with a greater incidence of cardiovascular events like heart attack.

What researchers didn’t expect to find was that very low sodium intake was actually also associated with a higher risk of these events, says the Canadian Press.

Researchers do caution that in most cases consumers could stand to reduce their salt intake.

The Vancouver Sun goes on to say that other studies have shown that lowering salt intake from moderate levels leads to modest reductions in blood pressure. But that there are no randomized trials showing it definitively prevents heart attacks and strokes.

Researchers say that with consumers who have moderate intake, there is emerging uncertainty as to whether there are long-term benefits of reducing sodium intake further. 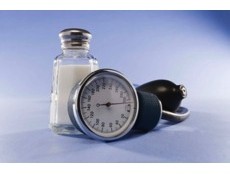