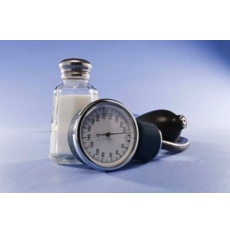 The way researchers in the U.S. put it, it’s quite simple: cut salt intake and it reduces blood pressure, a key factor contributing to heart attacks and stroke. And with a government-industry united effort, a 10 per cent reduction in sodium would save thousands of lives and billions of dollars.

The researchers cite the example of the strategy in the U.K., which they say has been extremely effective.

A University of Arkansas for Medical Sciences article published March 1, quotes Dr. David Fleming: “If you look at the experiences in other countries, for example, the U.K., which has been a leader in reducing salt, we find that if you drop the amount of salt precipitously, people notice. But if you drop it slowly over time, months or a year, nobody notices.”

In fact a recent study of 800 consumers by Health Focus International in Florida found significant confusion and concern among consumers regarding acceptable sodium levels in the food and beverages they consume.

FoodProcessing.com reports that most shoppers say they’re interested in purchasing lower sodium products, but those who aren’t say it’s because they perceive the foods won’t taste as good.

Dr. Thomas Frieden, who published an editorial on the Annals of Internal Medicine site on March 1, also says large and sudden reductions in salt content may make food less palatable or acceptable to consumers.

He suggests sodium content decrease by 25 per cent in five years and by 50 per cent in 10 years.

How serious it is

Dr. Frieden writes that in the U.S. approximately 100,000 deaths each year are attributed to excess sodium intake.

Worldwide, cardiovascular disease is the leading cause of death among people age 60 years or older and second among those age 15 to 59 years. Half or more of all strokes and heart attacks are attributable to high blood pressure.

The Institute of Medicine of the National Academies released a report in late February in which it called chronic high blood pressure a neglected disease and said 87 per cent of adults consume more than the recommended dietary guideline of 2.3 g of sodium per day.

The statistics led a group of researchers, reports a story on the University of Arkansas for Medical Sciences published on March 1, to devise a computer model to assess a government-food industry collaboration to reduce the amount of sodium in processed foods.

It would also increase quality-adjusted life years by 2.1 million and would save US$32.1 billion in medical costs.