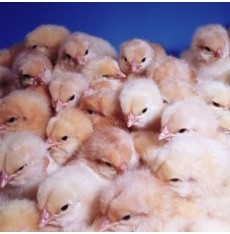 But the study also found that organic chicken showed antibiotic-resistant bacteria levels just as high as conventional chicken. And the chicken raised without antibiotics (RWA) was found to have reduced, but still contaminated, levels of the E. coli bacteria.

Researchers from four institutions looked at 213 samples of raw chicken such as kosher, organic, RWA and conventional. The research, says Northern Arizona University (NAU), took place in 2012 and the chicken samples all came from the New York City metropolitan area.

The study looked at the various poultry production methods but not at the details of the processing methods behind them, says NAU. Researchers say more study is needed, especially on kosher.

The researchers screened E. coli isolates from each sample for resistance to 12 common antibiotics.

The study authors say: “Although the organic and RWA labels restrict the use of antibiotics, the frequency of antibiotic-resistant E. coli tended to be only slightly lower for RWA, and organic chicken was statistically indistinguishable from conventional products that have no restrictions.”

The study found that strains of E. coli isolated from samples in the RWA category tended to be resistant to fewer drugs, “but the difference was not significant versus conventional and organic, which did not differ from each other.”

“Consumers perceive that they offer health benefits and are willing to pay a premium for them. The actual health benefits of organic foods are largely anecdotal. Little is known about the frequency of antibiotic-resistant microorganisms on kosher products.”