Scottish scientists find that vaccinating cattle against E. coli can reduce the number of human cases by 85%

Glasgow, Scotland – The vaccines available for cattle are rarely used, but a new study has found that using them could mean significant public health benefits.

In fact, scientists say vaccinating cattle against the E. coli bacterium could cut the number of human cases of the disease by 85 per cent.

The bacteria, which cause severe gastrointestinal illness and even death in humans, are spread by consuming contaminated food and water, or by contact with livestock feces in the environment.

Cattle are the main reservoir for the bacterium.

Scientists at the University of Glasgow lead the research, and collaborated with the University of Edinburgh, the Royal Veterinary College, Scotland’s Rural College, Health Protection Scotland, and the Scottish E. coli O157/VTEC Reference Laboratory.

The group’s study used veterinary, human and molecular data to examine the risks of E. coli O157 transmission from cattle to humans, and to estimate the impact of vaccinating cattle.

The risk of E. coli O157 infection is particularly significant when the cattle are “super-shedding” – excreting extremely high numbers of bacteria in their feces for a limited period of times.

Vaccines against the bacteria exist that can reduce super-shedding.

The researchers predict that vaccinating cattle could reduce human cases by nearly 85 per cent, far higher than the 50 per cent predicted by studies simply looking at the efficacy of current vaccines in cattle.

These figures provide strong support for the adoption of vaccines by the livestock industry, and work is now underway to establish the economic basis for such a program of vaccination.

In addition, the group is continuing its research to develop even more effective vaccines that would further reduce the impact on human disease.

The Canadian Food Safety Alliance (CFSA) applauded the Scottish research, adding it confirms the findings of a 2012 white paper that found vaccinating cattle against E. coli O157 would result in significant economic savings.

In Canada, E. coli O157 is estimated to cost the Canadian economy almost $404 million per year, says the CFSA. 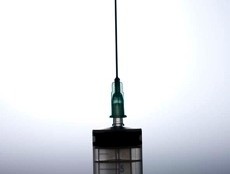