The study was based on past research on the antiviral properties of epigallocatechin gallate (EGCG), and was conducted by Takashi Suzuki, a professor at the University of Shuzuoka’s School of Pharmaceutical Sciences, and Ito En’s Central Research Institute.

Researchers mixed EGCG with solutions of three types of viruses, including H1N1. After infecting cultured cells with the mixtures and allowing them to incubate, they then measured the growth of the infection and the concentration of EGCG at which infection was cut in half, as compared to cells with no EGCG.

The results showed that EGCG has the ability to cut infections in half in the three different viruses, at much lower concentrations than flu treatment drug Amantadine, leading researchers to believe that the EGCG in green tea has the potential to inhibit flu infection, regardless of its type. 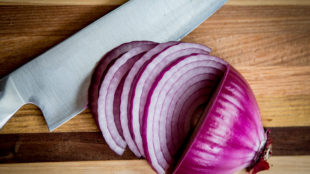 Exploring the onion as cancer fighter and food preserver