Researchers from Penn State find incorporating antimicrobial agents into edible films applied to foods to seal in flavour, freshness and colour can improve the microbiological safety of meats 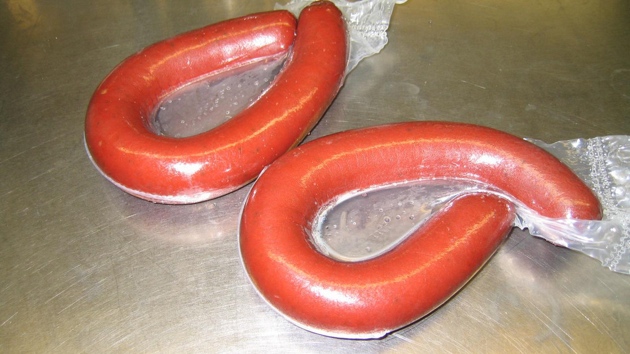 The researchers used films made of pullulan – an edible, mostly tasteless, transparent polymer produced by the fungus Aureobasidium pulluns – and evaluated the effectiveness of films containing essential oils derived from rosemary, oregano and nanoparticles against foodborne pathogens associated with meat and poultry.

The results, says the university, showed that the bacterial pathogens were inhibited significantly by the use of the antimicrobial films.

Catherine Cutter, professor of Food Science, says she hopes the research will lead to the application of edible, antimicrobial films to meat and poultry, either before packaging or, more likely, as part of the packaging process.

Those compounds were then incorporated into edible films made from pullulan, and the researchers determined the antimicrobial activity of these films against bacterial pathogens inoculated onto Petri dishes.

Finally, the researchers inoculated fresh and ready-to-eat meat and poultry products with bacterial pathogens, treated them with the pullulan films containing the essential oils and nanoparticles, vacuum packed them and then evaluated for bacterial growth following refrigerated storage for up to three weeks.

“The results from this study demonstrated that edible films made from pullulan and incorporated with essential oils or nanoparticles have the potential to improve the safety of refrigerated, fresh or further-processed meat and poultry products,” says Cutter.

“The research shows that we can apply these food-grade films and have them do double duty – releasing antimicrobials and imparting characteristics to protect and improve food we eat.”

The edible films are a novel but effective way to deliver antimicrobial agents to meats, explains Cutter, because the bacteria-killing action is longer lasting.

Liquid applications run off the surface, are not absorbed and are less effective. The pullulan films adhere to the meat, allowing the incorporated antimicrobials to slowly dissolve, providing immediate and sustained killing of bacteria.

In addition, the microorganisms do not have the opportunity to regrow.

Cutter did add that pullulan films are not as oxygen-impermeable as plastic packaging now used to package meats, so the edible films are not likely to replace that material.

“The meat industry likes the properties of the polyethylene vacuum packaging materials that they are using now,” she says.

Knowing that edible films can release antimicrobials slowly over time and keep bacteria in meat at bay, further research will be aimed at creating what Cutter refers to as active packaging – a polyethylene film with antimicrobial properties.