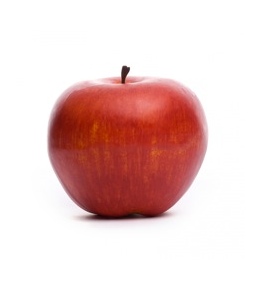 A new study in the Journal of Food Science, which is published by the Institute of Food Technologists (IFT), has found that meat and poultry products may be rendered safer with the use of edible apple film wraps. For both food processors and consumers alike, foodborne pathogens such as Salmonella enterica, Escherichia coli 0157:H7 and Listeria monocytogenes are serious safety issues.

According to IFT’s website, researchers from the University of Arizona investigated the use of carvacrol and cinnamaldehyde in apple-based films.

The researchers looked at how the antimicrobials in these films would protect against S. enterica and E. coli O157:H7 on chicken breast and L. monocytogenes on ham at two different temperatures.

Their findings are as follows:

IFT’s site says the researchers concluded that their “findings provide a scientific rationale for large-scale application of apple-based antimicrobial films to improve microbial food safety. The use of edible antimicrobial films offers several consumer advantages, including prevention of moisture loss, control of dripping juices – which reduces cross contamination – reduction of rancidity and discolouration, and prevention of foreign odour pick-up.”