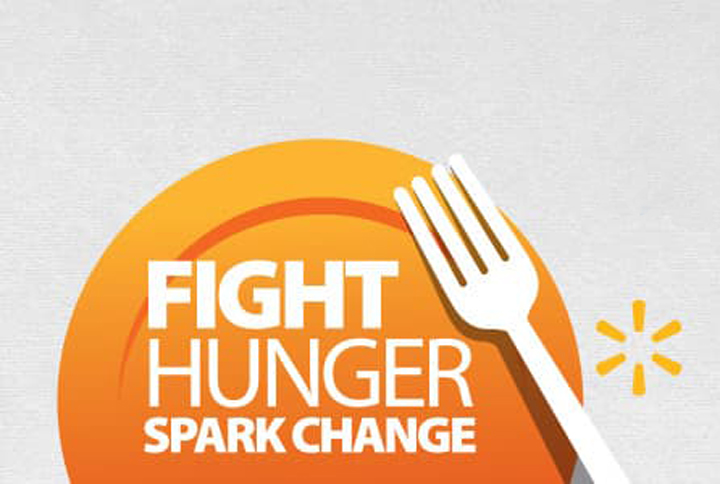 February 25, 2020, Mississauga, Ont. – Walmart Canada has kicked off its annual national Fight Hunger Spark Change campaign to raise awareness about the food security crisis across the country and raise enough funds to provide 15 million meals for Canadians in need through Food Banks Canada.

The company said in a statement that no family should have to feel uncertain about when their next meal will be. Yet, one in eight Canadian households has experienced food insecurity in the past year. This means that 12 per cent of Canadian families are without reliable access to sufficient, affordable, nutritious food due to lack of money.

To raise awareness and help keep Canadian families fed, Walmart’s campaign runs until March 18. Customers are invited to join Walmart and its supplier partners in the fight against hunger in four ways:

“No one should have to go hungry and Walmart Canada is committed to working with our generous customers, our supplier partners and Food Banks Canada to support the fight against hunger,” said Haio Barbeito, president and CEO of Walmart Canada. “In the three years we have run the Fight Hunger Spark Change campaign, we have helped to provide 35 million meals in local communities across the country to help fight food insecurity.”

Walmart is also committing a $1-million donation to the campaign which includes:

“Food insecurity across Canada is a continuing issue, with over a million visits to food banks per month last year,” said Chris Hatch, chief executive officer of Food Banks Canada. “We remain committed in our vision of a Canada where no one goes hungry by providing food for those in need.

“Walmart Canada has been a valued partner of hunger relief through campaigns such as Fight Hunger Spark Change and we are encouraged to see Canadians joining the cause through donations of their own.”

Since the campaign launched in 2017, Walmart Canada has raised 35 million meals for Canadians coast-to-coast, building on the more than 25 million pounds of food and $10.5 million Walmart has donated to food banks across the country over many years.