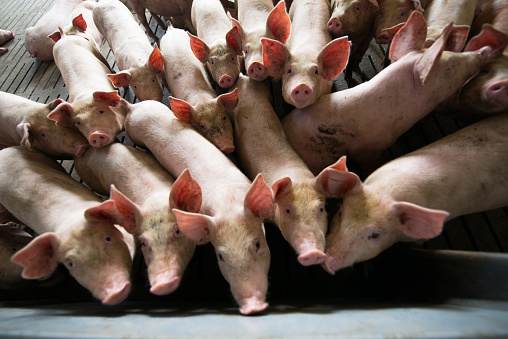 Pigs at a factory. Farming in Russia

This complements ongoing collaborations between the CFIA and VIDO-InterVac aimed at developing and testing vaccines and antivirals for ASF – a deadly and fast-spreading viral disease that is killing millions of pigs worldwide and could devastate Canada’s pork industry.

In January, VIDO-InterVac will commence work with the ASF virus in its Containment Level 3-Agriculture (CL3-Ag) facility in Saskatoon.

VIDO-InterVac will be the first non-government facility in Canada to work with the ASF virus.

As there are currently no vaccines or treatments approved for use against this pig disease, this research is an important step towards the development and testing of vaccines and antivirals for ASF that could serve to protect Canada’s pork sector.