Research centre will be largest of its kind in North America

The new $140-million facility, which will focus on both animal and human health, is the largest infectious diseases research centre of its kind in North America, and is one of only a few equipped to study large animals.

“To put the technology into layman’s terms, InterVac can put the cattle under the proverbial microscope in the most secure, airtight environment,” said Harper, adding that the focus on livestock vaccines is crucial to protecting Canada’s food supply.

“I want to emphasis this point, the stakes are enormous,” said Harper. “One small outbreak of disease can destroy whole herds, it can ruin the lives of scores of ranchers and it can cost the taxpayers massive amounts of money. As Canadians we saw 18 cattle affected with BSE lead to industry losses of about $6.5 billion. That’s why we’re so determined to catch disease before disease catches us.”

According to InterVac director Dr. Andy Potter, researchers know that there is an estimated 80 per cent chance future diseases will arise from the animal population. Potter adds that research done at the centre will also help fight infectious diseases in developing countries.

The centre is expected to be certified by the Canadian Food Inspection Agency and the Public Health Agency of Canada this fall, with full operations beginning in spring 2012. 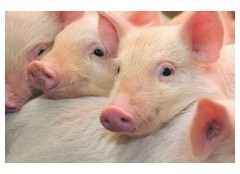 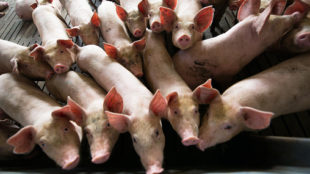