South Korea has lifted its temporary ban on imports of Canadian beef and veal, which had resulted from an isolated case of BSE in Canada last February 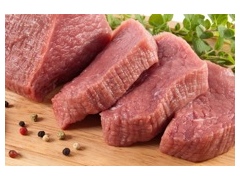 On December 30, 2015, South Korea lifted its temporary ban on imports of beef and veal from Canada.

Imports of Canadian beef and veal to South Korea had been temporarily suspended in response to the February 2015 detection of an isolated case of bovine spongiform encephalopathy (BSE) in Canada.

“Our government welcomes South Korea’s decision to lift its temporary ban on Canadian beef and veal products. The Government of Canada is committed to ensuring the competitiveness and long-term prosperity of our agricultural sector,” says Lawrence MacAulay, Canada’s Minister of Agriculture and Agri-Food.

In 2014, prior to the suspension of trade, South Korea was Canada’s sixth-largest market for beef, with exports valued at $26 million. Re-gaining access to this market will help Canadian beef and veal exporters expand their sales.

“Resumption of access to South Korea is important for Canada’s beef producers. South Korea holds huge potential for beef and especially cuts and offals that are underutilized here at home. Korea is a market that will pay more for those select items and that helps to increase the overall value of the animal for producers,” says Canadian Cattlemen’s Association president Dave Solverson.

“Canada’s internationally competitive and export-dependent livestock and meat sector is a driver of economic growth and a provider of jobs in every region of this country,” adds Joe Reda, Canadian Meat Council president. “When meat exports increase, sales opportunities for farmers rise, job opportunities for workers expand, and Canadians benefit from greater economic growth.”