The Canadian government and the provincial government of Manitoba are investing nearly $380,000 to upgrade a McCain Foods potato processing plant in Carberry, Man. 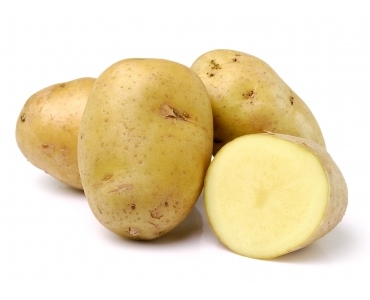 The federal and Manitoba governments’ investment, provided under Manitoba’s Growing Forward 2 Growing Value program, will be used to install new and innovative equipment at the McCain Foods Canada’s facility – a plant that processes about 430 million lb. of Manitoba-grown potatoes every year, mostly into French fries.

The upgrades are expected to reduce potato and canola oil waste by 900,000 pounds and 800,000 pounds per year, respectively.

“This strategic investment is good news for the community of Carberry and for the future of Manitoba’s potato industry. Reducing waste and increasing efficiency will help ensure Manitoba-grown potatoes continue to be a top choice for processors and consumers,” says Kostyshyn.

The governments’ investment represents half of the total equipment cost. McCain Foods Canada has invested more than $30 million in other upgrades to the Carberry facility over the last 10 years, including a $23 million waste water upgrade.

This potato processing plant employs about 220 people, with another 10 positions to be created over the next three years as a result of the new equipment.

“In order to stay competitive, it’s important to have equipment that runs efficiently, allowing maximum productivity and minimal waste. We export 80 per cent of the products we make at our plant, so investments in equipment help support our employees, local growers, and the surrounding communities,” says Dean Melnic, plant manager with McCain Foods in Carberry, Man.

The Growing Value program provides financial assistance to existing agri-businesses that need to make changes to adapt to market forces and environmental considerations, to increase their ability to compete in domestic and international markets.

The federal and provincial governments are investing a total of $176 million in cost-shared programming in Manitoba under Growing Forward 2, a five-year, federal-provincial-territorial policy framework to advance the agriculture industry, aimed at helping producers and processors become more innovative and competitive in world markets.

According to Kostyshyn, this investment also supports the Manitoba government’s goal of creating a $5.5-billion food processing industry by 2022, which is currently valued at $4.95 billion.