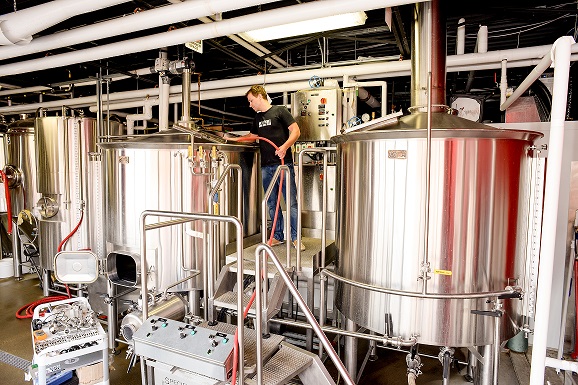 Regina, Sask. – A local brewer and food and ingredients company are reaping the benefits of a government investment.

In a press release (“Support for Value-Added Sector in Saskatchewan,” on Sept. 29, 2017), the government of Saskatchewan announced $330,000 in funding for Rebellion Brewing. And $500,000 for AGT Food and Ingredients.

The funding is through the Saskatchewan Lean Improvements in Manufacturing (SLIM) program.

The brewery, says the release, will use the funding to expand its brewing capacity, and add exterior grain storage and a canning system.

Mark Heise, president of Rebellion Brewing, says in the release that the brewery is growing. “We live here, we spend dollars here and our profits stay here,” he says. “In less than three years, our small brewery has created 20 new jobs with more on the way. The value-added agriculture sector has tremendous growth potential and is key to creating a diversified and resilient Saskatchewan economy.”

AGT says it will use the funding to support production and equipment upgrades. That includes improving its polishing, bagging and conveyor system to increase productivity.

Murad Al-Katib, AGT’s President and CEO, says in the release that, “Investments in infrastructure, value-added advanced manufacturing and innovative new technologies, aided through programs like SLIM, are assisting Saskatchewan agriculture in building sustainable competitive advantages.  These investments position Saskatchewan and Canada to capture opportunities with the world’s growing populations and rising incomes in emerging markets.”