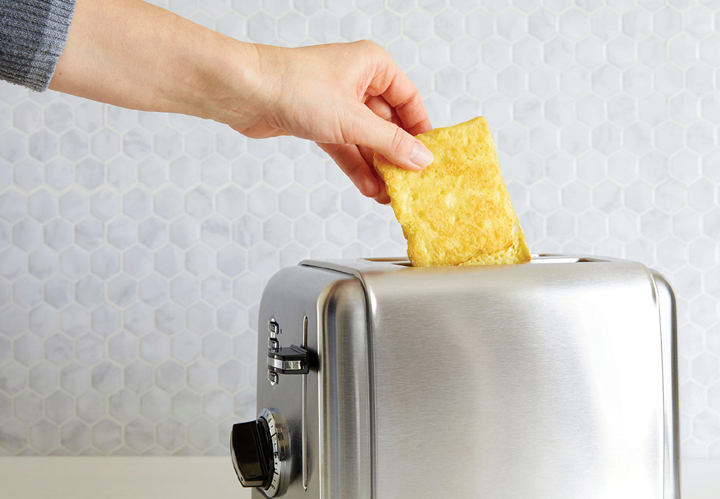 July 17, 2020, San Francisco, Calif. – Eat Just, Inc., which applies science and technology to create healthier, more sustainable foods, has announced that its award-winning plant-based egg will be coming to Whole Foods Market and select Walmart stores in Canada this fall.

Canada is one of the most requested markets for the product which was launched in the United States last year.

The newly released fluffy, folded format will be marketed as JUST Plant Egg in Canada. It will be sold as a box of four in the frozen aisle at Whole Foods Market in Toronto, Vancouver, Victoria and Ottawa, and at more than 100 Walmart stores coast-to-coast.

In the U.S., sales of the toaster-ready product have surged since April.

The product is free of cholesterol and has as much or more protein than many animal proteins (seven grams per serving). It is Non-GMO Project verified, egg-free, dairy-free, has no artificial flavours and its ingredients use 98 per cent less water, have a 93-per-cent smaller carbon footprint and use 86 per cent less land than conventional animal sources. The key ingredient is protein from the mung bean, a legume that has been cultivated for thousands of years and is consumed all over the world.

“I’m so proud to announce this milestone in Canada,” said Josh Tetrick, co-founder and CEO. “We’re working hard to make our products available in as many places as possible and launching in Canada, where demand for plant-based proteins is strong and growing, brings us one step closer to that goal.”