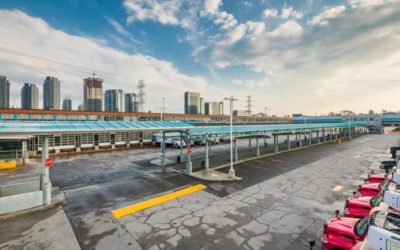 TORONTO – The Minister of Agriculture, Food and Rural Affairs Ernie Hardeman and Etobicoke-Lakeshore MPP Christine Hogarth were at the Ontario Food Terminal to announce the initial findings of the government’s review on modernizing and enhancing the terminal. Early findings show the advantages of its location in South Etobicoke and Hardeman confirmed the Food Terminal will stay at its current location.

These preliminary findings mirror information from Hogarth on the importance of the Food Terminal in Etobicoke as a key economic hub for Ontario food and local jobs.

“We spoke with everyone who uses the facility: farmers, buyers, distributors, consumers, and restaurant owners and they all agreed our agri-food sector is best served by working to improve the Ontario Food Terminal at its current location,” said Hardeman. “This terminal is a key pillar of success for Ontario agriculture and I look forward to working with the industry to help grow our province’s agri-food sector and ensure its long-term prosperity for the next five, 10 and 50 years.”

The Toronto Wholesale Produce Association also announced, that working with the government, it will make a significant investment to modernize the Ontario Food Terminal with a focus on the Farmer’s Market.

“We are excited about the future of the Ontario Food Terminal and building on the success we have had at this location,” said Steve Bamford, Toronto Wholesale Produce Association. “We are proud to be making a significant investment in the modernization and future of the terminal and the farmers market.”