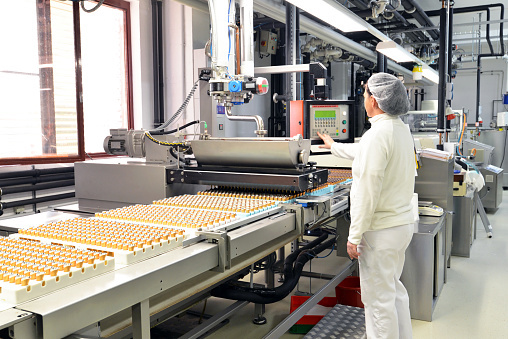 A new report by Food & Consumer Products of Canada (FCPC) is drawing attention to the growing competitiveness challenges of Canada’s largest manufacturing industry. Findings reveal the food, beverage and consumer products (FCP) industry has been underperforming due to a number of key challenges, which could lead to job losses and higher food, beverage and consumer good prices for Canadians.

The FCP industry is an important contributor to Canadian jobs, supporting farmers and fueling the economy, but in recent years growth has lagged behind the overall rate of Canadian economic growth. Between 2013 to 2017, FCPC members’ gross sales grew at an average annual rate of 1.45 per cent, compared to 2.12 per cent in Canada’s real GDP.

The report indicates that Canada continues to be a challenging environment for innovation and growth in the FCP industry. Key takeaways include:

“These ongoing challenges are having a negative impact on the future sustainability of our sector,” said Michael Graydon, CEO, FCPC. “Coupled with the unpredictability with our most important trading partner, retaliatory tariffs on our industry, and labour shortages, I’m concerned that manufacturers may look to more attractive markets to invest – putting Canadian jobs, rural communities and the economy at risk.”

Additional challenges include unprecedented levels of government intervention in how the industry makes, markets, packages and labels products in Canada. “No other manufacturing sector in Canada is being asked to make all of these changes all at once. The cumulative and costly regulatory burden appears to be limiting innovation, deterring companies from expanding or entering the market,” said Graydon.

Despite these challenges, FCPC is optimistic about the tremendous opportunities that exist for the sector and looks forward to continuing to work with federal and provincial governments to overcome roadblocks to innovation and investment.

“We are pleased that the federal government has recognized the strategic importance and potential of our sector, and is committed to working toward making our industry more competitive,” said Graydon.  “Steps are being taken in the right direction such as incentives to accelerate business investment, commitment to regulatory reform, targeted investments for our industry and support for skills development. We strongly support the government’s Economic Strategy Tables that support competitiveness, and urge the implementation of all of the reports’ recommendations,” he said.

The FCPC Industry Sustainability & Competitiveness Study is based on a five-year trend from FCPC members that account for approximately 40 per cent of total grocery sales in Canada.

Canada’s FCP industry by the numbers: