A report from the George Morris Centre says Canada’s food manufacturing industry is poised for more sustained economic growth and prosperity if it focuses on key changes, new investments and greater competitiveness 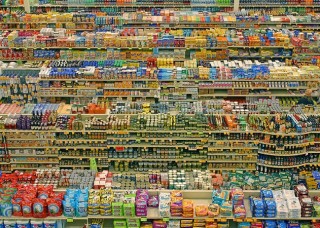 But, adds the report, “continued consolidation, industry transformation and increased marketplace competitiveness must be central to the industry’s future.”

That’s one of the conclusions from Canada’s leading agricultural think-tank, which released the report in late December. Called Heinz and Kellogg Plant Closures: What Direction for Canada’s Food Manufacturing Competitiveness?, the report was authored by Bob Seguin, executive director of the George Morris Centre.

In the report, Seguin shows how the food industry in Canada is a significant economic driver in its own right and has a role in the broader economy.

The major hurdle it faces is that current and future competitive challenges include the dilemma of matching growth opportunities with legacy issues within the industry.

Seguin told the ChathamDailyNews.ca that consolidation in food processing will continue over the next 10 years, but other companies will want to enter the marketplace. Enticing and hanging onto companies in Southwestern Ontario will require looking at factors that might be disincentives – unneeded regulations, outdated technologies, government red tape, for example – and figuring out how to overcome them.

In the ChathamDailyNews.ca story he adds that it will mean more co-ordinated efforts by governments and agencies in job training, streamlining regulatory approvals and reinvesting in technology.

Canada’s food industry at a glance

As of 2011, here’s how the food processing industry looked in Canada, according to Agriculture and Agri-Food Canada.