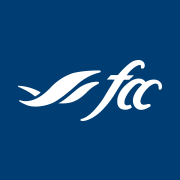 Marie-Claude Bibeau, Minister of Agriculture and Agri-Food, announced three appointments to Farm Credit Canada. Sylvie Cloutier has been re-appointed as director and Sharilee Fossum has been appointed the director as of June 2, 2019. Michael Hoffort has been re-appointed President and Chief executive officer effective July 1, 2019. All mandates carry a three-year term.

These appointments are part of the ongoing rigorous approach to Governor in Council appointments based upon open, transparent and merit-based selection processes that strive for gender parity and reflect Canada’s diversity.

Farm Credit Canada is Canada’s largest provider of business and financial services to producers, agribusinesses and agri-food operations, with over 100,000 customers serviced by 98 locations across Canada. The Farm Products Council of Canada provides oversight of the national supply management agencies for poultry and eggs, as well as supervises national promotion and research agencies for farm products.