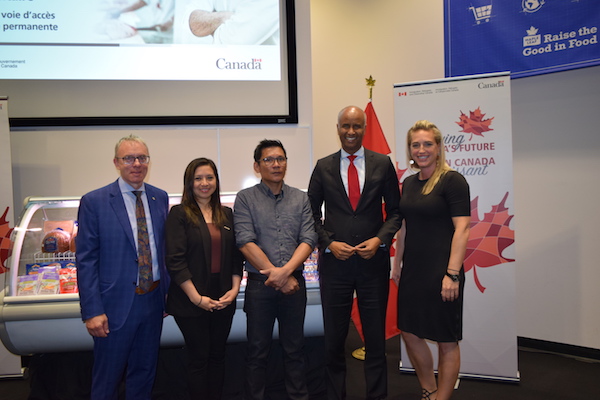 Some Canadian food processors will be able to maintain foreign workers with more ease thanks to a new federally-funded pilot program that will allow foreign workers the opportunity to apply to become residents after one year of full-time employment.

According to the Canadian Agricultural Human Resources Council (CAHRC), there is currently a labour gap of 59,000 jobs and this is expected to grow to 114,000 in the next years.

The program will only apply to greenhouse, mushroom, livestock and meat processing and does not apply to the seasonal agriculture worker program. These sectors have been identified as the hardest hit by the labour shortage, and also rely heavily on the Temporary Foreign Worker Program to fill the gap.  However, it doesn’t address the issue of maintaining employees long-term and these sectors are chronically short-staffed.

Under the current Temporary Foreign Worker Program, foreign workers are given two-year work visas, after which they must return to their country of origin. These workers can apply to the program again, return to Canada, at which time they can then apply to become Canadian residents. By reducing the time needed to apply for residency, the new pilot “gives our membership the opportunity to secure a workforce,” Marie-France McKinnon, vice-president of public affairs and communications, Canadian Meat Council, said.

A maximum of 2,750 principal applicants will be accepted for processing each year under the pilot. With family members, Immigration, Refugees and Citizenship Canada (IRCC) said the pilot could welcome approximately 16,500 new permanent residents to Canada over the course of the pilot’s three-year duration.

The pilot program is the result of more than five years of consultation between government, industry, and labour unions.

“This is extremely welcomed by the industry,” said MacKinnon. “Today we celebrate what happens when we work together and collaborate.”

“Mushroom growers and our workers feel we finally have a seat at the Canadian immigration table,” Ryan Koeslag, executive vice-president for the Canadian Mushroom Growers Association, said Friday in a separate release. “We can finally say agriculture is officially part of Canada’s immigration plan.”

The Canadian Poultry and Egg Processors Council (CPEPC) said in a separate release on Friday “with over half of Canada’s poultry and meat processors being unable to find enough workers to fill open positions or experiencing chronic recruitment challenges, CPEPC looks forward to working with the government to ensure the pilot’s implementation in 2020.”

The eligibility requirements for the Agri-Food Immigration Pilot are:

The federal government says details on how individuals can apply for the pilot will be available in early 2020.

Eligible employers in the meat processing sector who use the pilot will be issued a two-year Labour Market Impact Assessment (LMIA).

In order to be eligible, meat processors will be required to outline their plans to support the temporary foreign worker in obtaining permanent residency.