Food Day Canada is a chance for all Canadians to celebrate our farmers, fishers, chefs, researchers and home cooks 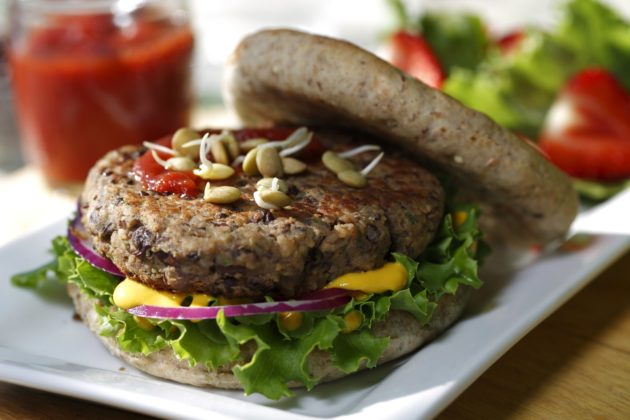 Food Day Canada will be celebrated on July 30, 2016. This special day is a chance for Canadians from coast to coast to celebrate our farmers, fishers, chefs, researchers and home cooks.

And this year, in celebration of Canada’s 149th Year, Food Day Canada is launching “Shop Like a Canadian”: a free online grocery list with 149 ingredients that we produce in Canada.

Because she saw a growing gap in knowledge about what foods are actually cultivated and processed in Canada, and people confusing “Made in” versus “Product of” labels, Anita Stewart, Food Day Canada Founder and Food Laureate of the University of Guelph, was inspired to curate a list of 149 truly “Product of Canada” foods.

“For years I’ve cajoled and coached people to Cook Like a Canadian, now it’s time to Shop Like a Canadian,” says Stewart. “This list is a start to knowing where your food comes from and how to find it so you can celebrate every last tasty morsel grown in Canada. After all, Canada IS food and the world is richer for it!”

Well-known foods like flour (of all sorts) and tons of dairy products made the list, but there are also dozens of local contributions such as Montreal-made couscous, Taber-refined sugar, and cider vinegar produced in the owners’ orchards. There’s also VQA wine and craft beers from coast to coast and award-winning cheeses from small fromageries all across Canada, according to a Food Day Canada press release.

Notably, pulses are also on the list. “Because the United Nations declared 2016 the International Year of Pulses, the list has an array of pulse crops from beans and lentils to chickpeas and peas. They’re extremely healthy, good for the planet, and guess what…Canada’s the largest producer of lentils and peas on earth,” adds Stewart, noting, “Eating them is culinary nationalism at its best.”

Food Day Canada has partnered with more than 250 Canadian restaurants. “Our Food Day Canada chefs understand that local ingredients are fundamental to our dynamic food culture. They are Canada’s real brand advocates. On Saturday, July 30, they will be creating their own hyper-local menus, with ingredients often so specific to their region that they cannot be replicated even a few dozen miles away,” says Stewart.