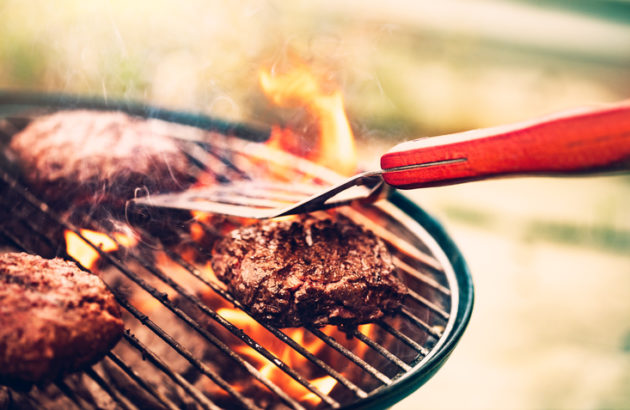 It has now been 15 years since Canada’s beef producers were shut out of export markets after the discovery of an Alberta cow with bovine spongiform encephalopathy (BSE).

It was an economic disaster that took years for the cattle sector to overcome. But it sparked a culinary success story as Canadians rallied around their beef producers.

The World’s Longest Barbecue was born: Canadians took to their grills, and barbecued Canadian beef to show their support.

According to one spokesperson for Canada Beef, this event “saved the industry.”

Over the years, many renowned Canadian chefs have since joined the annual party, renamed Food Day Canada / Journée des terroirs, which is a national celebration of local food (always celebrated on the August long weekend).

This year, on August 4th with the chefs’ community and producers across Canada, will celebrate Food Day Canada’s 15th year anniversary by lighting the most recognizable — and tallest — beacon in the Western Hemisphere, Toronto’s glorious CN Tower, says the event’s founder Anita Stewart in a release.

“Today we face similar, perhaps even graver challenges,” she said.

As Dr. Owen Roberts, the president of the International Federation of Agricultural Journalists (IFAJ), states: “Our food system is under fire. No matter how the politics plays out nationally or globally, this is a time for fierce loyalty and coordinated action.”

“So rather than lament, we challenge all Canadians to have a party and honour our own ingredients, with one simple goal, culinary sovereignty,” says Stewart.

Who: Anyone and everyone; chefs, home cooks, farmers, fishers, writers, ranchers…anyone who loves Canadian ingredients.