The rising cost of electricity has become unsustainable for food and beverage manufactures in Ontario, says a report from Food and Beverage Ontario

Guelph, Ont. – The rising cost of electricity is having a serious impact on food and beverage manufacturing businesses in Ontario, says Food and Beverage Ontario (FBO).

FBO released a report, Restoring Ontario’s Competitiveness by Reforming Electricity Pricing, which outlines how electricity prices are rising to unsustainable levels at unsustainable rates and represent a significant regulatory burden for manufacturers.

The FBO says the effects are permanent and are affecting businesses of all sizes due to the volatile costs of this one input.

The report has a recommendation on how to remedy the loss in competitiveness for Ontario businesses and it’s to remove the Global Adjustment from commercial and industrial electricity bills.

The rationale for this approach? The FBO explains that:

• The Global Adjustment finances infrastructure. Like roads, transit systems and post-secondary institutions that the province finances to create a strong and dynamic economy, electricity generation is an economic driver and should be included in the province’s fiscal plan.

• The government has the fiscal sophistication and the provincial treasury is in a much better position than the Independent Electricity System Operator and electricity ratepayers to manage these extraordinary and unpredictable costs.

• The government has the fiscal means vis-à-vis its long-term investment in infrastructure – $160 billion over 12 years starting in 2014-15. In Budget 2016 the government stated it is making these investments in public infrastructure such as roads, bridges, public transit, hospitals and schools. Eligible projects should also include those currently funded through the Global Adjustment such as electricity generation.

“The sector has endured a period of increasing electricity costs but the situation is no longer sustainable for food and beverage businesses,” says Norm Beal, CEO of FBO. 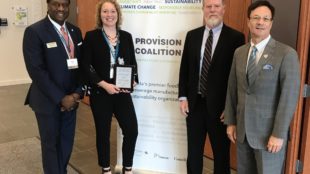