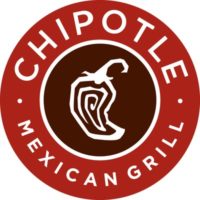 Chipotle Mexican Grill announced that it’s signing the European Chicken Commitment, a venture that will apply even higher animal welfare standards to its entire European supply chain by 2026. was an early participant in the U.S., supporting the Better Chicken Commitment since 2017 and has now extended this U.S. Broiler commitment to its operations in Canada as well.

For over 25 years, Chipotle has been practiced high standards for animal welfare in the fast-casual space. As a brand started by a classically trained chef with a passion for real food, Chipotle has pioneered the priority for food made from real ingredients and avoids the use of subtherapeutic antibiotics and synthetic hormones.

Using standards aligned with the new requirements of the Global Animal Partnership’s (GAP) standard for broiler chickens, Chipotle will work to achieve the following goals by 2024 in the U.S. and Canada and 2026 in Europe: