Can I make money with cannabis edibles? 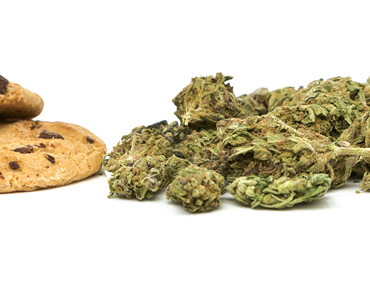 When it comes to identifying trends in the food and beverage industry, it’s not always easy to see the forest through the trees. Much of the time, certain types of products gain momentum, and then before you know it, they are everywhere.

Sometimes however, it’s very easy to see a movement coming at you like a distant tsunami. Such is the case with the imminent legalization of cannabis in Canada.

Marijuana is expected to be fully legal across the country within a matter of months and this will undoubtedly lead to a kaleidoscope of offerings in the edibles and beverage sectors. Companies can either jump on the bandwagon and profit from this, or watch their competitors capitalize instead.

But navigating the intricate world of this almost-legal substance can be a daunting task. Those who want to add cannabis and its derivatives to their food and drinks need to know how to do so safely and within Health Canada guidelines.

“[Cannabis edibles] are expected to be legal within one year of legalization,” says Lisa Campbell, cannabis portfolio specialist for Lifford Wine & Spirits. “Now legalization has been delayed to late summer or fall essentially, so within that year we are expecting that Health Canada will approve other cannabis derivative products.”

Campbell went on to add that for a company not already in the cannabis sector to get involved, overhead costs such as added security need to be factored in due to the fact that cannabis is a controlled substance. One of the ways to negate some of these costs would be to work with an existing licensed cannabis producer (LP), of which there are many. “A lot of licensed producers are looking for turnkey businesses they can partner with, or potentially acquire, to add to their product portfolios.”

Along with ascertaining any added costs in logistics, interested companies should consider if they will be processing cannabis oil on-site or acquiring the substances they need elsewhere from an existing manufacturer.

“[Most people] would be dealing with a processed cannabis extract from a licensed producer, but if someone has a processing or micro-processing license they could have that equipment in their facility to process the cannabis flower,” says Campbell.

Campbell also points out that the latter choice of processing the flower, could be a more expensive venture in the short term, but ultimately might pay for itself down the road depending on the needs and scope of the company.

“Once we reach peak legalization where we will have the micro-grows as well, prices will go down when there eventually is a surplus,” Campbell says. She added the possibility exists that companies may be able to source less expensive oil from international sources. “Just like we have wine from Chile, in the future we will hopefully have oil from Uruguay, Jamaica, Colombia, and other places where the costs are much lower.”

In regards to what products might do particularly well when infused with cannabis, obviously the traditional items like cookies, brownies and the like come to mind, but Campbell sees a much broader landscape than that. “It’s interesting because beverages are the biggest trend right now, the licensed producers are announcing different beverage deals. But when you look at the market data in Oregon [for example] on what edibles sell the most, beverages aren’t number one on the list in terms of sales. The number-one edible in Oregon right now is a raspberry gummy.”

Although gummies do very well, the regulations in Canada are vastly different than the U.S. states that have legalized marijuana. “With the new regulations [in Canada] nothing can appeal to children so no cartoons, nothing that looks like a character, so gummy bears won’t be a thing. But if it doesn’t look like an animal it can [potentially] still exist.” Campbell adds that Health Canada, more than likely, will try to facilitate healthier edible options such as products like kombucha and protein drinks.

With all the regulation and effort it might take to get involved in the burgeoning cannabis edibles and drinkables sector, it’s completely natural to wonder if the whole idea is worth it. In other words, is recreational cannabis edibles just a fad or is it here to stay?

“It’s going to get bigger because the edible market is way more accessible to new consumers,” says Campbell. “I’ve been hearing a lot of non-consumers, people that maybe smoked cannabis in high school but stopped, those consumers are starting to come back to cannabis. [They’re saying] I want something that’s going to relax me, that’s not going to make me cough, but will have the same therapeutic effects.”

In a matter of months, Canada will become the first G7 country on the planet to legalize recreational cannabis at the federal level. This trend is coming fast, but still slow enough that companies interested in jumping on board will be able to do so.

Perhaps it’s time to reach out to your local licensed cannabis producer and book a meeting.

Jonathan Hiltz is a journalist in the cannabis industry and the director of content for INDIVA, a licensed cannabis producer in London Ontario.

Related
Cannabis is now legal in Canada; edibles likely to lead market growth once legalized next year
Study finds Canadians are losing interest in cannabis edibles
How can I reformulate my products with cannabis?