An independent research study, called Canada's Wine Economy - Ripe Robust Remarkable, has found that the economic impact of Canada's wine and grape industry is up 33 per cent from $6.8 billion to $9 billion over the period 2011 to 2015. 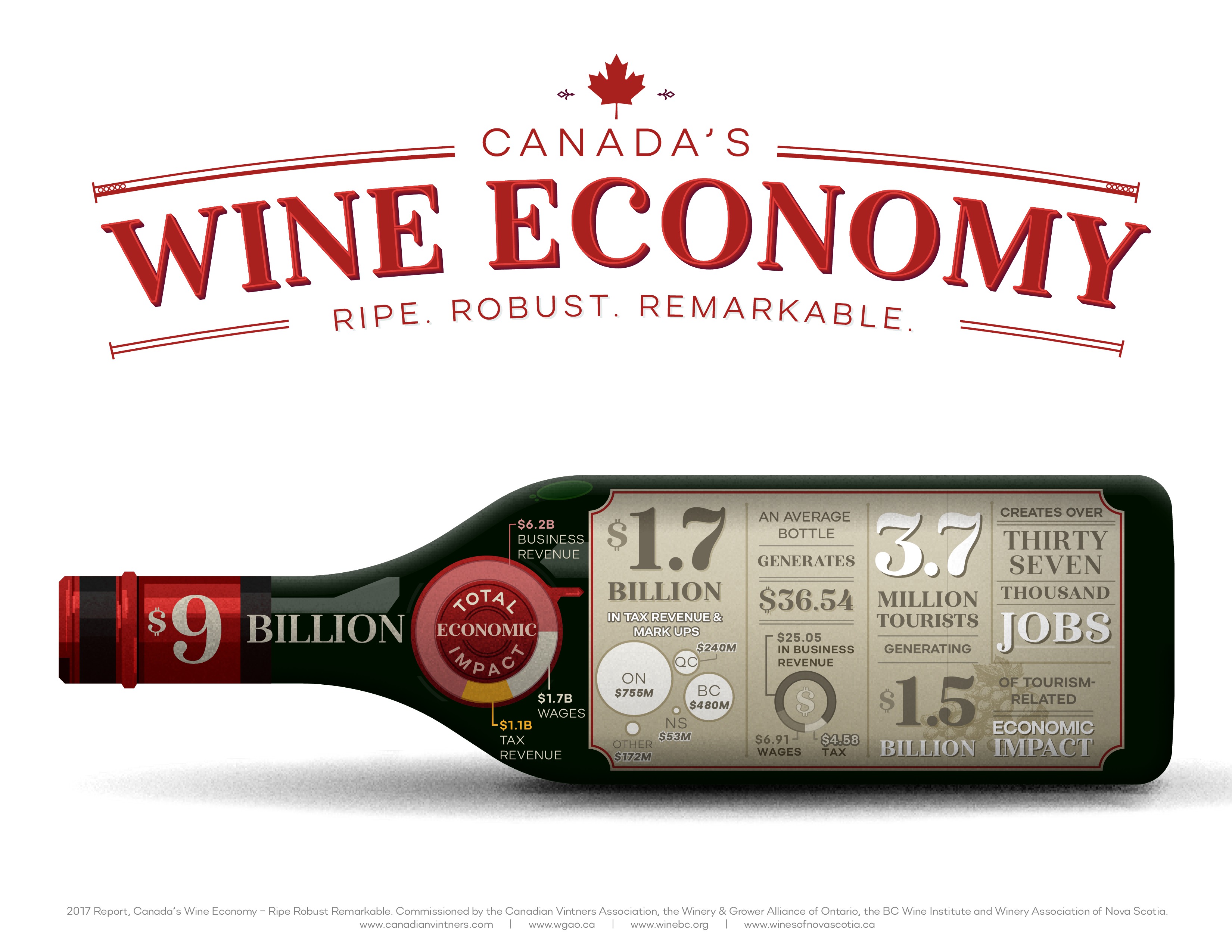 Ottawa – A research study has found that the economic impact of Canada’s wine and grape industry is up 33 per cent from $6.8 billion to $9 billion over the period 2011 to 2015.

The Canadian Vintners Association, the Winery & Grower Alliance of Ontario, the British Columbia Wine Institute and the Winery Association of Nova Scotia commissioned the report.

“The wine and grape industry is a Canadian success story. Not only does the sector employ over 37,000 Canadians, but the diversity of the jobs created from this industry is remarkable. Ranging from tourism and retail, to marketing, laboratory research, and farming, this sector welcomes Canadians from a range of backgrounds and talents,” says MP for Niagara Centre and Co-chair of the Parliamentary Wine Caucus, Vance Badawey.

Other key findings include:
– An average bottle of wine sold in Canada there is $36.54 of domestic economic impact generated in the country.
– The Ontario wine and grape industry generates $4.4 billion in economic impact, B.C. $2.8 billion, Quebec $1.1 billion and $218 million in Nova Scotia.
– The wine and grape industry is responsible for more than 37,000 jobs in Canada from manufacturing, agriculture, tourism, transportation, research, restaurants and retail.
– Wine-related tourism welcomes more than 3.7 million visitors each year, generating more than $1.5 billion
annually in tourism revenue and employment.
– The wine industry generates $1.7 billion in federal and provincial tax revenue and liquor board mark up.

– For every $1 spent on Canadian wine sold in Canada,$3.42 in Gross Domestic Product (GDP) is generated across the country.

The complete findings of the study can be found in the research report at www.canadianvintners.com.

The independent study was conducted by Frank, Rimerman + Co., a leading international accounting and research firm in the wine industry, which has conducted similar studies for other winemaking regions around the world.