Canada still has room to expand and diversify beyond its largest traditional markets for its top four agriculture exports, according to Farm Credit Canada’s (FCC) most recent trade report.

But while there are opportunities to increase those exports, the report – Diversifying Canada’s agriculture exports: Opportunities and challenges in wheat, canola, soy and pulses – identifies growing protectionism, distance and price sensitivity as hurdles Canadian exporters must overcome to diversify markets.

“Canada has done extremely well in establishing strong trade relations in a number of key markets thanks to a long-held focus on getting trade agreements in place,” said J.P. Gervais, FCC’s chief agricultural economist, in releasing the report.

The report indicates Canada’s diversification of its export markets can help reduce financial risks for Canadian producers by lessening our dependence on dominant importers. When borders close for any number of reasons – due to trade tensions or shock caused by disease or weather – having a broader range of export markets allows Canadian exports to be re-allocated, rather than simply reduced.

The potential to diversify our export landscape is a function of the size and growth of import markets where our export presence has historically lagged. According to the report:

The report notes some obstacles Canada faces in its push to further diversify its export markets: it’s often less costly for importers to source products from established suppliers; and China’s growing dominance as an agriculture importer serves to concentrate, not diversify, trade flows.

“Many of these challenges are beyond Canada’s control. But our reputation as a reliable producer of safe, high-quality commodities, combined with growing world demand and our competitive advantage on so many key exports, reduce some of the challenges facing Canadian agriculture,” Gervais said.

Meanwhile, Canadian producers can manage their risk in an uncertain global trade environment by keeping a close eye on new and evolving international markets.

“Canada’s agriculture industry is highly resilient and is driven by some of the most knowledgeable and innovative producers in the world,” Gervais said. “Ultimately, the success of Canadian agriculture in new and existing markets will largely depend upon our ability to meet consumer needs in those markets.” 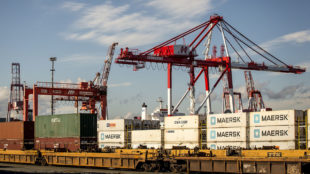 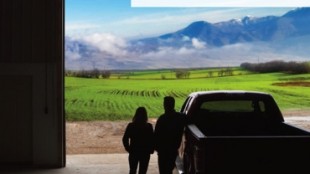