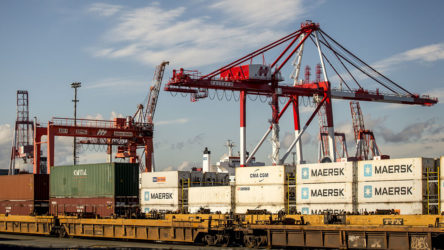 “The wide variety of sectors is an underlying strength of Canadian agriculture as far as trade is concerned,” says J.P. Gervais, FCC’s chief agricultural economist. “When markets decline in one sector, demand and output may increase in other sectors. Identifying and taking advantage of different market opportunities can lift the output of multiple sectors and allows Canadian agriculture to maintain our competitive position as a reliable supplier of safe, high-quality food.”

The report also noted that Canada was the world’s largest exporter of wheat, canola, lentils and canary seed in 2015. Canada ranked among the top 10 exporters of 13 different agriculture commodities, with only France shipping more cattle in 2015, while Canada ranked among the top five exporters in no less than six other commodity categories: oilseeds, cereals, soybeans, barley, edible vegetables and hogs.

Canadian agriculture produced as much food in 2006 as in 1961 using half the inputs thanks to innovation and technological advances, notes the report, citing Agriculture and Agri-Food Canada data. Innovation and technology are going to be key to increasing production to meet growing world demand and maintaining Canada’s competitive export position, according to Gervais.

“The global landscape of agriculture is evolving. Amidst trade agreements, a slowing global economy and weather disruptions, Canadian producers can remain competitive by focusing on efficiencies,” says Gervais. “Higher productivity and the ability to produce more using fewer inputs holds the most promise for long-term success.” Gervais concludes that as one of the world’s largest agriculture and agri-food producing countries, Canada is already well positioned to capture this growth.