Food and beverage export a huge opportunity for Canadian companies 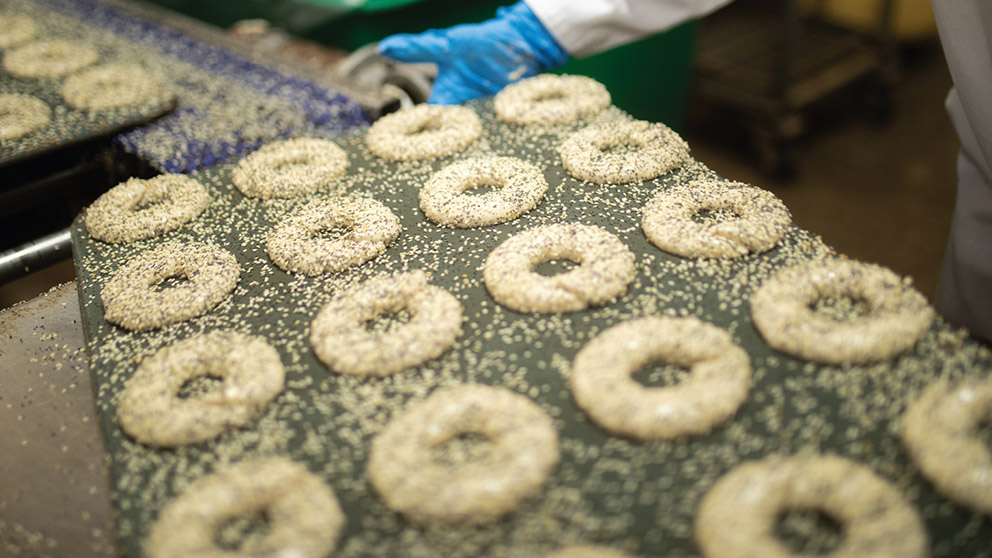 One of Canada’s greatest opportunities for growth in global trade is in the food and beverage processing industry, according to Farm Credit Canada’s (FCC) latest trade report.

“Combined with our competitive advantages in natural resources and innovation, and a stellar food safety reputation, Canada has an opportunity to improve its world standing as a major food exporter, as well as to diversify its export markets,” Gervais said.

In 2019, Canada’s total food, beverage and commodity exports were worth roughly $67 billion, an increase of almost 10 per cent since 2015. Food exports increased by 27.8 per cent. Food and beverage exports represented less than half (45.5 per cent) of the total value of the country’s agriculture, food and beverage exports.

Canada’s agri-food industry has so far been able to adjust to COVID-19 challenges and meet the needs of Canadian and export customers, yet the disruptions to global food supply chains and trade caused by the pandemic underscore the need for Canada to diversify its export markets and seize related growth and diversification advantages.

The report indicates diversification of the country’s export markets can help reduce financial risks for Canadian producers by lessening our dependency on current major markets. When borders close for any number of reasons – due to trade tensions or shock caused by disease or weather – having a broader range of export markets allows Canadian exports to be re-allocated, rather than reduced.

The potential to diversify our export landscape is a function of the size and growth of import markets where our export presence has historically lagged, according to the report:

• Of all vegetable oils, canola oil has been the fastest growing behind coconut oil. Imports largely used for consumption (as opposed to biofuel) show a definite preference for Canadian canola oil in multiple Asian and Western economies.

• Beyond China, most of the markets in which Canadian pork has an advantage are small and well-established with slow recent growth. If Chinese markets were excluded, the markets that show the greatest potential for Canadian pork exports are the European countries of Italy, France, Germany, Belgium and Poland.

• In 2019, Canada was the fourth largest exporter of potato products, worth just over $1 billion. The expansion of the Western diet globally has increased demand for French fries and potato products. While the United Kingdom is the largest and fastest growing importer, there is opportunity for expansion with other trading partners, such as Western and Eastern European countries and China.

• From 2009 to 2019, Canada has been the world’s largest exporter of prepared crab, capturing 32.8 per cent of total global exports last year. China, along with South Korea, Indonesia, Vietnam, Thailand and Hong Kong, represent a third of the global import growth.

• Global prepared and preserved beef imports grew by 58 per cent between 2009 and 2019, and China accounted for almost 40 per cent of that growth. Over the same period, Canadian exports grew by almost 125 per cent. Last year China surpassed the U.S. as the largest beef importer, including prepared and preserved beef. Other growth opportunities reside in Europe and other Asian export destinations.

While market diversification is desirable from a risk management perspective, Gervais notes there are economic challenges that can thwart efforts to diversify Canada food export markets.

“Diversification almost always entails seeking markets that are further away and more expensive to develop,” he cautions. “Plus, selling into one market – rather than multiple markets – might be less expensive due to economies of scale.”

Some price-sensitive markets may also offer limited potential for diversification, due to the higher input and manufacturing cost associated with higher-quality Canadian products, and a slower pace of economic expansion worldwide can mean more timid growth in food demand, according to Gervais.

“Disruptions caused by the pandemic serve as a wakeup call at a time when global supply and demand of food are also becoming increasingly difficult to gauge,” Gervais said. “Canada has an opportunity to fortify and strengthen its position as a major food exporter by exploring new markets and ensuring we are not overly reliant on a few.”

By sharing agriculture economic knowledge and forecasts, FCC provides solid insights and expertise to help those in the business of agriculture achieve their goals. For more information and insights on trade and its impact on Canadian agriculture, visit the FCC Ag Economics blog post at fcc.ca/AgEconomics.

FCC is Canada’s leading agriculture and food lender, with a healthy loan portfolio of more than $38 billion. Our employees are dedicated to the future of Canadian agriculture and food. We provide flexible, competitively priced financing, management software, information and knowledge specifically designed for the agriculture and food industries. As a self-sustaining Crown corporation, we provide an appropriate return to our shareholder, and reinvest our profits back into the industries and communities we serve. For more information, visit fcc.ca.