Fresh Del Monte, whose products are distributed around the world, will have a state-of-the-art plant up and running in Oshawa by the end of the year

Oshawa, Ont. – A Florida-based producer, distributor and marketer of fresh and prepared products is opening a new plant east of Toronto.

In a story on DurhamRegion.com, Fresh Del Monte Produce (Fresh Del Monte and its subsidiaries are not affiliates of U.S.-based Del Monte Corporation or its parent Del Monte Foods) says it will open a fresh-cut fruit and vegetable processing plant in Oshawa.

The plant will be the company’s most sophisticated site, says the story.

The Oshawa plant will serve various customers including retail stores, super centres, the military, convenience stores and the foodservice industry.

In a statement, the company’s vice-president of Marketing, Dionysios Christou, says the plant will be a banana ripening centre as well as a forward distribution centre for a variety of fresh products.

The company is retrofitting an existing building and installing industrial refrigeration units. DurhamRegion.com says the plant will likely be up and running by the end of 2013.

Representatives from Durham Region say the area is a large farming community but there are few processing facilities close by.

Christou says the company will be “glad to support local growers whenever possible” as there is a larger focus on local foods by consumers.

It’s not known yet how many people will be needed at the facility, but the company says it foresees the number of jobs increasing over time, reports DurhamRegion.com. 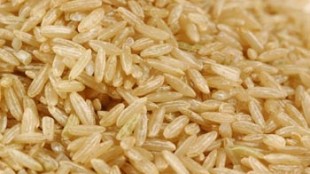