Lowell, Mass. – Researchers at the University of Massachusetts Lowell have developed an epoxy resin they believe could be a safe substitute for resins that contain bisphenol A (BPA).

BPA, which is an industrial chemical, is commonly found in the lining of beverage and food cans, including infant formula. It’s also used to make polycarbonate plastic food and beverage containers, and plastic food wrap.

It’s also known to be an artificial estrogen and known to leach out of plastic. As the researchers explain, BPA mimics the hormone estrogen in the body, giving rise to concerns that it could harm human reproduction and development.

In 2008, Canada designated BPA a toxic agent and banned the chemical from use in baby bottles. The federal government had reviewed 150 worldwide studies in making its decision. Two years later, the feds added the chemical to Canada’s toxic substances list.

So the news of a safe substitute is good news.

Daniel Schmidt, an associate professor of plastics engineering, is leading the research. The compound Schmidt and his team identified as a replacement for BPA is known as bis(epoxide) of 2,2,4,4-tetramethyl-1,3-cyclobutanediol (CBDO).

“All things being equal,” says Schmidt, “we believe it is fair to say that replacing BPA with the monomer we’ve chosen will produce an economical, high-performance epoxy resin that generates less concern.

“The results have been very promising so this has been pretty exciting.”

In contrast to BPA, the structure of CBDO “bears no resemblance to estrogen or any other human hormone,” explains Schmidt, and published tests show the substance does not mimic the behaviour of common classes of male or female hormones.

Contributing to Schmidt’s work researching the BPA-free epoxy were Robert Romano of North Reading, who earned a master’s degree in plastics engineering from UMass Lowell and Smruti Patil, a Lowell resident who is a doctoral student in UMass Lowell’s Biomedical Engineering and Biotechnology program.

The research phase of the project was supported by TURI and the UMass President’s Office Commercial Ventures and Intellectual Property Technology Development Fund.

With support from UMass Lowell’s Office of Commercial Ventures and Intellectual Property, Schmidt is working with an epoxy toll manufacturer to produce enough of the substance to provide it to various companies for further evaluations.

“The hope is that some, if not all, of our industrial contacts find our materials useful and will be interested in pursuing further development with us,” says Schmidt. 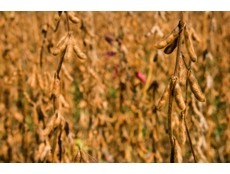