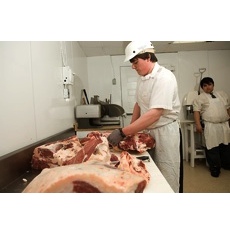 Alberta-based XL Foods Inc. has decided to permanently close its plant in Moose Jaw, Sask., the only beef plant in the province.

According to CEO Brian Nilsson, the closure comes as the result of business and economic reasons, including the fact that the company has failed to reach a new contract with the United Food and Commercial Workers union.

The company had been trying to reach a collective bargaining agreement for more than a year, and about 140 workers have been locked out since last September. Approximately 200 employees will lose their jobs when the plant closes permanently sometime within the next 90 days.

Nilsson notes that production will continue at Xl Foods’ facilities in Alberta and the U.S. The company will also continue to source cattle in Saskatchewan and Manitoba.

While the closure means there will be no major meat processing facility in Saskatchewan, Richmond, B.C.-based Donald’s Fine Foods has announced that it will open a pork processing plant in Moose Jaw in 2011.