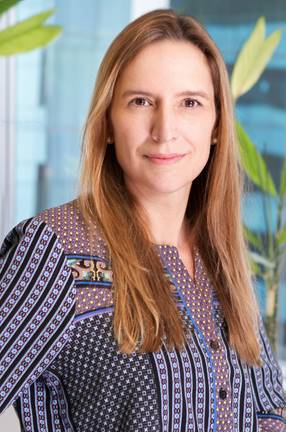 Mondelēz International appoints Karla Schlieper as president, Mondelēz Canada, effective January 17, 2022. She will succeed Martin Parent, who will be leaving the organization in early January.

Schlieper comes to this leadership role in Canada following her success leading the Mondelēz business in Latin America’s Southern Cone region (Argentina, Uruguay and Paraguay). In that position, which she has held since May 2019, Schlieper led a substantial turnaround of the business, against a challenging backdrop of the pandemic and in a volatile economy and demanding business climate.

Schlieper joined Mondelēz International in 2013, bringing with her strong experience in the consumer-packaged goods industry, including senior strategy roles with Unilever and J&F Group in both Latin America and Europe. Within Mondelēz, she has advanced through a number of different roles, including director, Powdered Beverages, Brazil; category director, Biscuits, Brazil; equity director for Latin America Biscuits; and vice-president, Biscuits for Latin America. In her role as VP, Biscuits, she helped drive strong category growth while building a high-performing leadership team. Schlieper played an important role in the implementation of a new operating model in Latin America, establishing new ways of working and integrating and enhancing key business processes.

“We are excited to welcome Karla to the North America region, and to our Canadian business, as we focus on driving our growth ambition and snacking leadership in Canada,” said Glen Walter, executive vice-president and president, North America for Mondelēz International. “Her passion for developing people, paired with strong end-to-end business acumen, positions her well to lead the Canada business in its next phase, and in achieving its growth targets.”

“We also want to thank Martin Parent for his leadership of the Canadian business over these past few years, including his role in advancing our snacking ambition and prioritizing the health and safety of our people and business during a very challenging time,” added Walter.