Food prices at mercy of Mother Nature and other factors

The latest stats from the Food and Agriculture Organization of the UN are positive news for global consumers and food prices, but in Canada forecasts predict food prices to rise

Rome – The Food and Agriculture Organization (FAO) of the United Nations reports that by December 2012 food prices had dropped for the third month in a row.

The latest FAO Food Price Index says world food prices edged down 1.1 per cent. The decline was largely due to the continuing decrease in the international prices of cereals, oils and fats.

The drop is a reversal from the trend of rising prices throughout 2012, which sparked fears of a food crisis.

But in Canada it’s a different story. Several forecasts are predicting food prices will go up anywhere from 1.5 per cent to 3.5 per cent, probably exceeding the country’s national inflation rate, reports the MontrealGazette.com. The story goes onto say that prices for meats will probably increase by more than 4.5 per cent.

The MontrealGazette.com also says that while Mother Nature tends to affect food prices, the new normal in the agriculture business is fluctuating food prices influenced by hedging-like schemes perpetrated by stakeholders in the industry.

Also, the drought that affected North America last year and caused commodity price hikes will continue to affect prices in 2013. Many cattle producers liquidated their herds last year to hedge against higher feed prices, says the MontrealGazette.com. So with less supply on the market, Canadians could pay more this summer for beef.

The situation with grains is not great either, says the MontrealGazette.com. Primarily due to the lack of buffer inventory in many countries to mitigate against unpredictable climate patterns, the coming year will almost certainly see climate change have a bigger effect on food prices. Without extra grain inventory, droughts, floods or other weather shocks will make markets more volatile and may, in turn, have a negative effect on prices.

The FAO says from July to September cereal prices steadily increased due to uncertainties and tight supplies.

However, they began dropping in October because of weaker demand for supplies in industrial uses.

Oils and fats prices experienced a 1.9 per cent drop mainly due to the continued build up of large global inventories of palm oil, and sugar prices decreased only marginally. FAO noted that an increase in global sugar production, especially in Brazil, kept international prices down for much of the second half of 2012.

Meat prices registered a slight decrease as pig prices fell by two per cent while dairy prices rose by 0.9 per cent – they were the only commodities to have experienced a rise in price as the dairy market is increasingly susceptible to supply changes related to pasture conditions, feed availability and affordability.

The FAO Sugar Price Index averaged 274 points in December, down marginally from November, and the lowest value since August 2010. The index averaged 306 over 2012, down 17.1 per cent from the previous year.

Expectations of a third consecutive increase in global production and large export availabilities in the 2012/13 marketing season, notably in Brazil, kept international prices down for much of the second half of 2012.

Several factors to keep food prices in check in 2012 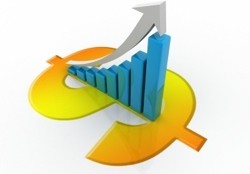