The U.S. Food and Drug Administration has concluded that trans fats are not safe for use in human food. Removing them could prevent thousands of hearts attacks each year 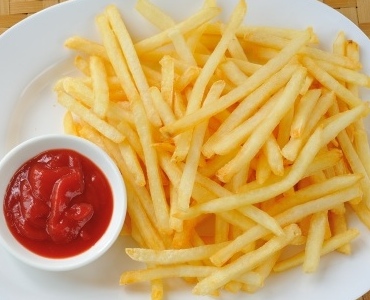 Silver Spring, Md. – In the U.S., the Food and Drug Administration (FDA) says it has reviewed the scientific evidence and has come to the only conclusion it could: trans fats are no longer considered safe.

Specifically the FDA concluded that trans fats in processed foods are not “generally recognized as safe” or GRAS for use in human food. And the FDA wants food manufacturers to act. The agency has given the industry three years to remove partially hydrogenated oils (PHOs), the primary dietary source of artificial trans fats, from food products.

The NYTimes.com says the move could prevent an estimated 20,000 heart attacks and 7,000 deaths from heart disease each year.

In addition, the move will cost about US$6 billion to put in effect, but would save about US$140 billion over 20 years in health care and other costs.

The FDA says that since 2006 it mandated that food manufacturers include trans fat content information on the Nutrition Facts table.

The agency estimates that between 2003 and 2012 consumer trans fat consumption decreased about 78 per cent. Between the labelling rule and industry reformulation, consumers were making healthier choices.

But while the intake of trans fats has decreased, the agency says it is still a public health concern.

In Canada, reports the CBC.ca, the federal government planned to limit the trans fat content of various foods but never made the announcement.

Bill Jeffery, national co-ordinator for the Centre for Science in the Public Interest in Ottawa, told CBC.ca that he is concerned the federal government is ignoring the scientific evidence on trans fats and the health hazards they pose.

He adds that consumers in Canada may benefit indirectly from the FDA’s move if U.S. food imports are as safe as those produced for domestic consumption.

For a list of general questions on trans fats, visit Health Canada.