After hearing from stakeholders, Ontario's proposed regulations to protect pollinators will come into effect July 1. The new regs call for a reduction in the number of acres with neonicotinoid-treated corn and soybean seed by 80% by 2017. 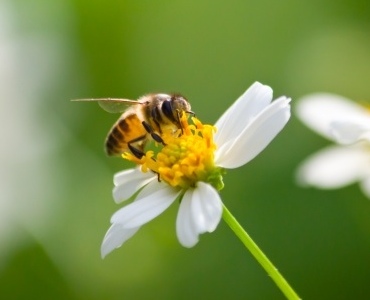 Guelph, Ont. – Regulations that would protect pollinators such as honey bees and hummingbirds in Ontario are taking effect as of July 1, 2015.

The province announced the proposed regulations back in March (See “Ontario setting new rules to protect pollinators“). The public was given until May 7 to comment.

As of July 1, Ontario will be the first jurisdiction in North America to protect bees and other pollinators through the new rules.

The new rules call for a reduction in the number of acres planted with neonicotinoid-treated corn and soybean seeds by 80 per cent by 2017.

Neonicotinoid-treated seeds are widely used in agriculture. Close to 100 per cent of corn seed and 60 per cent of soybean seed sold in the province is treated with neonicotinoid insecticides.

The province has also put in place new requirements for the sale and use of neonicotinoid-treated corn and soybean seed that will help to ensure treated seed is only used when there is evidence of a pest problem.

Reducing neonicotinoid use in these two crops presents the greatest potential to reduce pollinator exposure to the neurotoxic insecticide.

Pollinators, including bees, birds and butterflies, play a crucial role in agriculture and the province’s ecosystem.

Bees and other pollinators are responsible for pollinating roughly 13 per cent of agricultural crops in Ontario (crops worth about $897 million), and support $26 million annually in honey production.

Over the last eight years, Ontario beekeepers have experienced unusually high over-winter losses of honey bees, reaching 58 per cent following the winter of 2013-14. The level of over-winter losses considered to be acceptable and sustainable by most apiculturists is 15 per cent.