Rabobank’s poll of more than 350 business executives took place during its recent Markets Forum held in New York. The poll asked participants to name the country or region they believed would have the greatest impact on global agricultural demand over the next decade. More than 61 per cent of respondents chose China, followed by India, Africa, Latin America, and Southeast Asia.

“These results are not surprising and reflect the significant impact that China has had on the food and agribusiness industry over the past 10 years, globally as well as in North America,” says Bill Cordingley, head of Food & Agribusiness Research and Advisory for Rabobank in the Americas.

“Our North American clients in the food, beverage and agriculture sectors see opportunities to play a role in the Chinese market, not only as exporters but also as investors in the country’s domestic growth by bringing technology, know-how and capital to support development of a more modern, safe food system in China.” 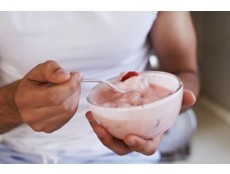