CAPI study says beef industry is at a tipping point

Canada at risk of becoming a net importer of beef

OTTAWA, ONT. – A new study from the Canadian Agri-Food Policy Institute (CAPI) says that Canada’s beef sector is lagging behind, with no strategy to regain domestic market share, and over-reliance on the U.S. for exports.

“Canada’s beef industry is falling behind and opportunities are being eroded by a failure to work together,” says David McInnes, president and CEO of CAPI. “The data and interviews show our beef industry lacks a comprehensive strategy to address challenges and take advantage of the significant opportunities that the future offers.”

The beef sector in Canada generated more than $6 billion in farm gate sales in 2011, and supplies 75 per cent of the domestic market, compared to 87 per cent in 2005 – a reflection of rising U.S. beef imports. At the same time, per capita beef consumption in Canada has declined 10.7 per cent since 2001 to 27.5 kg per capita.

According to the study, although the beef industry exports 85 per cent of its product to the U.S., representing $1.8 billion in sales in 2011, it says Canada is “backfilling” the U.S. market – the U.S. market relies on Canadian beef and cattle exports while it expands its own beef exports and takes advantage of higher value and margins.

McInnes says what’s needed is a strategic decision on behalf of the Canadian beef industry to capture higher-value foreign markets, and extract more value from the U.S. market.

The report outlines a blueprint that it says would help the sector develop a more successful path. That includes the development of:

The study was conducted in 2011 and 2012 with the financial support of the Alberta Livestock and Meat Agency, the Royal Bank of Canada and the Saskatchewan Ministry of Agriculture. CAPI is an independent, not-for-profit policy forum designed to identify emerging issues in Canada’s agriculture and agri-food sector, and to promote dialogue between stakeholders. 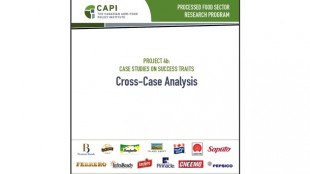 Food industry needs an environment where it can invest, grow and compete: CAPI 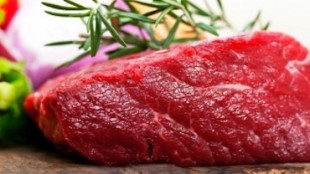