Ottawa, Ont. – According to a new report from the Conference Board of Canada (CBC), the Canadian food industry generates more than nine per cent of the country’s GDP.

The study, Valuing Food: The Economic Contribution of Canada’s Food Sector, is the first of 20 reports by the Centre for Food in Canada, a three-year CBC program designed to facilitate research towards a Canadian Food Strategy.

The report outlines the full economic footprint of the food sector, including supply chains for export and domestic consumption. It also examines trends affecting the industry, notably our increasingly diverse and aging population.

The study goes on to note that awareness of food and food-related issues in Canada is also on the rise.

According to the report, 2.3 million jobs, or 13 per cent of all employment in Canada, depend on the food industry. That includes jobs in production and processing, retail, distribution and foodservice.

In 2010, 16.4 per cent of Canadians’ total consumption spending went to food and beverages. Food for domestic consumption contributed 7.4 per cent to Canada’s GDP, while exports accounted for $39 billion in revenue.

“We have the opportunity today to create the conditions that will support the food sector’s growth as an economic engine, while also contributing to safe and health food choices, sustaining our environment, and providing greater access to food in Canada and around the globe,” says CBC president and CEO Anne Golden. “A more modern and effective food sector could become an even greater force for economic and social good than it is today.”

CAPI study says beef industry is at a tipping point 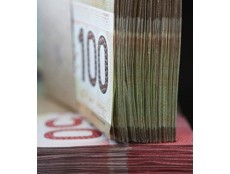