Health Canada approved stevia for use as an ingredient, creating opportunities for stevia suppliers and food product manufacturers

For manufacturers of the ingredient, the news is something they’ve eagerly awaited.

Benjamin Fleischer, founder and CEO of Pyure Brands of Naples, Fla., says “it definitely opens up a lot of doors. We’ve been working with Canadian companies now for close to three or four years. A lot of those companies were waiting for the official approval.”

Pyure Brands grows and extracts stevia and supplies the ingredient to food and beverage manufacturers around the world. And after the news in Canada, says Fleischer, “we’re going to see a lot of Canadian companies either start working on formulations or you’ll start to see more sugar-reduced natural products on the market.”

Some of those products could include baked goods, yogurt, ready-to-drink teas, beverages, protein powders and protein drinks. “You’ve just got to take a step back and realize that this is the best alternative for sugar and artificial sweeteners,” says Fleischer. “Any product that essentially uses sugar is an opportunity.”

The approval also means more opportunities in the market for the nine million diabetics and pre-diabetics in Canada, reports SeekingAlpha.com. Stevia’s benefits include zero calories and a zero glycemic index.

Other manufacturers such as Truvia, and PureCircle (whose products are distributed in Canada through Unipex Solutions Canada) also welcomed the news, saying the move offers opportunities for both manufacturers and suppliers.

Canada approves stevia for use in foods and beverages 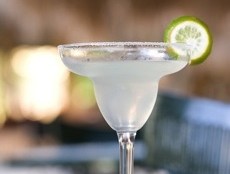