In a transaction valued at $15 million, Colabor Group becomes the owner of T. Lauzon Ltd.

Boucherville, Que. – Colabor Group Inc. has acquired a meat processor and distributor based in Quebec.

The transaction is valued at approximately $15 million and is expected to close March 4.

To fund the acquisition Colabor entered into an agreement with the Caisse de dépôt et placement du Québec, a financial institution that manages funds primarily for public and private pension and insurance plans.

“Colabor’s expansion plan is notable for a series of acquisitions it has made over the last few years,” says Normand Provost, executive vice-president, Private Equity at the Caisse.

“By collaborating in the financing of Colabor, the Caisse is taking part in the growth of a Quebec company that plays a major role in its industry.”

T. Lauzon operates a recently renovated 68,000-sq.-ft. federally approved plant near Montreal. Colabor says it will operate the facility on a lease.

In a story on AlbertaFarmExpress.ca, Claude Gariepy, Colabor’s CEO, says: “The strategic acquisition of T. Lauzon positions Colabor as a leader in protein products in Quebec and provides a strong platform to increase our presence in Ontario.”

The deal, he adds, is “complementary and synergistic” to Colabor’s own fresh and frozen beef, pork and poultry distribution business, Viandes Decarie, and “will improve Colabor’s ‘centre-of-the-plate’ product offering.”

Decarie, which is based in Anjou near Montreal and became part of Colabor in late 2011, ships throughout Canada and to the U.S., Mexico, China, Korea, Australia, Dubai and Russia, says AlbertaFarmExpress.ca.

Colabor distributes 50,000 products to 25,000 institutions and businesses in Quebec, Ontario and Atlantic Canada. It began in 1962 as a buying group and in 2005 became a publicly traded company. 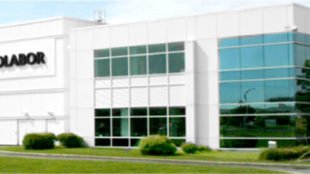 Colabor closes sale of its Summit Foods division in Ontario 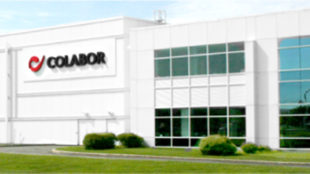