In the September issue, Sensory Trends and its focus group looked at the various brands of orange juice 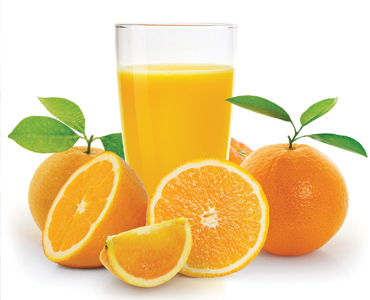 Despite the continued proliferation of flavours in the category of processed fruit juices and blends, orange juice remains a mainstay of the breakfast daypart. And while it is available in an endless number of formats and combinations with other fruit flavours, the orange has made a long journey through the ages to arrive on our kitchen counters as juice in a carton.

The story began sometime in the Stone Age between northeastern India and southern China where the naranga fruit trees were first known to grow and where their bitter fruit rinds were used in cooking and perfumes. A sweeter version of the fruit made its way to Europe, where they became a fashionable indulgence in the 1500s. Oranges were included on the ships of explorers such as Juan Ponce de Leon, who led the first expedition to Florida and who planted hundreds of orange trees so that future sailors would be able to protect themselves from scurvy.

While nothing really compares to the flavour of a fresh-squeezed orange, modern day processes for producing not-from-concentrate orange juice in a carton continue to reach new heights in achieving natural, sweet and fresh-tasting flavour profiles. We recently had a closer look at some popular brands of orange juice to explore all the juicy details.

We asked 50 orange juice drinkers between the ages of 25 and 54 from the Greater Toronto Area to evaluate four not-from-concentrate orange juice brands with pulp. They received 125 mL of each juice and were asked to evaluate their appearance, flavour and texture. When we asked our testers what factors are most important to them in orange juice they overwhelmingly identified freshness and naturalness of the taste. Close to half of our testers claimed that sugar content is a primary concern to them, followed very closely by value for money.

One of our four orange juice contenders stood apart from the others, with top scores on overall liking, orange flavour and naturalness of taste. Diagnostically, this brand had the most optimal flavour profile, tending to be slightly sweeter and less tart than the other juices. And in fact, this higher sweetness delivery was correctly detected by our testers, as the declared sugar content of this brand was actually a couple of grams higher than the others. But it was not flavour alone that helped this orange juice stand apart. In fact, mouthfeel was a strong driver of liking in this category — an attribute which our winner also excelled in. While some brands felt too thick or too thin in terms of mouthfeel, this juice seemed to hit the right balance.

On the other end of the spectrum, one of our four contenders did not let the sunshine in, scoring below six out of nine on overall liking and less than 40 per cent on top two box purchase intent — both scores falling well below the benchmarks for this category. This brand had the least amount of pulp, resulting in a mouthfeel which was too thin, and it had the least desirable flavour profile — too tart and not particularly natural tasting. The appearance of this juice even had its flaws, with a lighter orange colour than the rest of the pack, which may have contributed to enhanced perceptions of tartness. Overall, all segments of this OJ’s performance seemed to suffer from sensory issues.

In a highly competitive category, sensory testing is a great way to identify your competitive advantage. Within this particular citrus field we found that not all orange juice brands were equally ripe for the picking. Only one brand stood apart for having the most natural and appealing flavour profile and optimal mouthfeel, which could represent a perfect opportunity to generate awareness of its winning qualities through ad claims such as “Better tasting” or “More Natural Tasting” than Brand X. With the right supporting consumer research, ad claims can be an excellent tool for enhancing your brand image and ultimately forging competitive advantage.

As for the rest of the pack, while there were no particular “bad apples” in this orange grove, there were brands that could benefit from some fine tuning. All manufacturers are looking to be the main squeeze of their category — and while the right pricing and brand credentials are important tools, it is an elusive goal if the product fails to deliver. Only through consumer testing can you truly know if it’s succeeding, and if it’s not, it may be time to reformulate.