Education, new products and transparency are leading to booming sales for conscientious companies 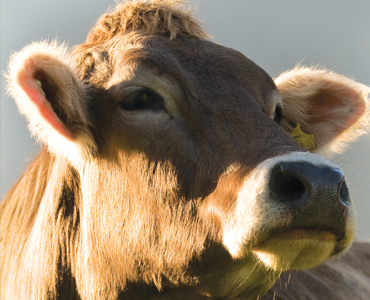 In 2016, successful producers and marketers of meat, poultry and eggs know it’s all about delivering on your promises. While

consumers are increasingly looking for protein to satiate their appetites, to get them to choose meat, poultry and eggs over dairy, nuts, ancient grains and more, companies must be conscientious and transparent.

In recent years, serious animal welfare issues have been unearthed. In 2013, an undercover investigation by the television program W5 revealed conditions on Alberta egg farms called “horrific” by media outlets. In 2014, extensive and sickening abuse of cows was revealed on B.C.’s largest dairy farm. In September 2015, PETA (People for the Ethical Treatment of Animals) hit high-end grocery chain Whole Foods with a class-action lawsuit, claiming customers were being misled into paying higher prices for meat raised on at least one U.S. farm where conditions were not significantly different than those of the rest of the industry. Also last year, Chipotle Mexican Grill (an international chain with restaurants in Canada, the U.S., the U.K., Germany and France) suspended the sale of pork at hundreds of its restaurants, claiming at least one supplier didn’t meet animal welfare standards. The founder stated in July that the vast majority of pigs farmed in the U.S. are not raised to its standards.

But some Canadian companies have been ensuring humane animal treatment and offering natural products for some time, building reputations consumers can trust. At Toronto-based Rowe Farms for example, strict environmental and animal welfare protocols are upheld on partner farms through annual inspections, an annual third-party audit, signed affidavits and more. Animals are treated with respect, raised with vegetarian feed in a low-stress environment without the preventative use of antibiotics. If an animal gets sick and does require antibiotics, the animal is eventually sold in other markets.

Rowe Farms spokesperson Jamie Cooney says animal welfare concerns are growing, both in the general population and among vegetarian consumers who buy for meat-eating family members. Rowe Farm sales have seen double-digit growth each year for the last eight years due to both rising consumer demand and the fact that it and other firms have expanded product availability. “This is positive for the segment overall and the competition it creates forces everyone to be more consumer-focused,” says Cooney. Chicken is their top-selling item, followed by beef and pork. Cooney describes their bacon as “epic.” It’s made from Tamworth pigs that have a thicker layer of fat which produces more rich, tender and well-textured meat.

At Pine View Farms and butcher shop just north of Saskatoon, Kevin and Melanie Boldt have been offering innovative natural meat products for about 18 years. The Boldts also raise their animals with vegetarian feed in a low-stress and low-density environment, so that illness is much less likely. Their cattle are not exclusively grass-fed, partly due to the winter snows, but also because of taste. “Grass-fed beef tastes differently and has a different fat composition, and some people might want that,” Melanie says, “but we feel grain finish gives the flavour that most consumers expect.” While demand is high for convenient products like Rouladen, smoked eggs and specialty sausages, people can’t get enough of previously low-demand items like bones, for their trendy marrow. Their business has grown, Boldt notes, because people increasingly view food as a health investment, but also care about supporting local producers. “The tie between local and natural is not exclusive, but if a product is local, I think you have a better chance of knowing how it got to you,” she observes. “But no matter how the food was produced, it still has to taste good and meet or exceed expectations. Quality matters, big time.”

For Barrie, Ont.-based Nutrafarms, consumer interest in animal welfare comes first. The company offers natural, antibiotic-free beef, poultry, pork and fish, with their cattle free-roaming and pigs cage-free. Vice-president of Sales Dave Steele says Nutrafarms began offering natural products in 2001, but has not changed its practices, and can “balance great taste with humane and drug-free processes.”

Many natural and humane meat products are also marketed by One Earth Farms under several brands across Canada. These currently include Beretta Farms (Ontario grass-fed beef, organic free-range chickens and antibiotic-free pork), Heritage Angus (ranched Western Canadian Angus beef), Black Apron Beef (Angus beef free from antibiotics), and Chinook Organics (organic Western Canada beef also sold under the Diamond Willow label). “Humane treatment of animals is one of the foundations of our business,” says One Earth Farms Marketing director Cynthia Beretta. “In the cattle division, we own and raise our cattle from birth to finish…along with owning a harvesting facility in Lacombe, Alta.…we are there to monitor the animal’s life and treatment every step of the way. We are also audited several times a year from different certifying bodies to ensure everything is up to code when it comes to the animals’ quality of life. As a business, we are completely transparent.”

Beretta notes that the demand for organic meat is higher than ever. For its part, Rowe Farms finds the price of organic meat out of reach for many people, but it does currently offer organic chicken, and may offer more organic products in the future if a reasonable price point can be achieved. Ontario-based Yorkshire Valley Farms is the largest organic chicken producer in Canada, and has seen phenomenal growth since it began in 2010.

Leading the country in meat marketshare is Mississauga, Ont.-based Maple Leaf Foods. Spokesperson David Bauer says 2016 will be an exciting year, with more product launches and a continued focus on sustainability. The company recently started promoting the benefits of high-quality animal-based protein through a series of short videos, one of which features Olympian Hayley Wickenheiser. The videos state that young girls and athletes have unique nutrition needs, and high-quality protein (found in red meat, poultry, eggs and dairy) helps muscles recover after sports. “The reality is young girls are under-consuming protein and it’s a problem for their overall health,” says Bauer. “Girls in Canada eat about 14 per cent of their diet as protein, when it’s recommended children eat 10 to 30 per cent.”

Natural products are also important to Maple Leaf, as is animal welfare. Their 41 Natural Selections line now includes eight new Protinis chicken snack products. In December 2015, Maple Leaf announced a new animal care initiative. “We are committed to providing the resources, leadership and organizational focus to elevate animal care to a cornerstone of being a sustainable protein company,” explains Bauer. “For example, we were the first company in Canada to convert all of our sows to open housing.”

Eggs on the menu

It was in late 2014 that major fast-food restaurants began making changes in their sourcing of eggs and chicken. In September that year, Canada’s A&W announced that it would be the first North American fast-food chain to serve eggs only from hens fed a vegetarian diet. As of September 2015, McDonald’s in Canada and the U.S. committed to transitioning to serving only eggs from cage-free hens by 2025. Known as “free-run” here, it’s a production system where hens move freely in the barn and go to a nest area to lay an egg when they have the urge. A large number of other major firms, including Starbucks, have also made this promise.

McDonald’s had been pressured by the Humane Society of the United States for over 10 years to make the move. McDonald’s Canada has more than 1,400 outlets, and began its transition immediately by sourcing five per cent free-run eggs (from Burnbrae Farms, its sole egg supplier). The restaurant chain is part of a group called the Coalition for a Sustainable Egg Supply, which in early 2015 released results from a three-year study showing that free-run systems have advantages and disadvantages relating to both consumers and birds – as do enriched cages (cages with features that allow birds to have an enriched and more natural life). McDonald’s has obviously chosen free-run/cage-free, but recently stated in Canadian Poultry magazine that it will use the study results “to help identify opportunities and direct our focus on ways to improve cage-free hen housing systems.”