After working 10 years overseas for A

Renaud Beauchamp arrived on the heels of a $140 million upgrade to the iconic Canadian brewer’s operations in Quebec. The most notable addition is a new can production line at the Labatt plant and headquarters in the Montreal borough of LaSalle.

“These investments are more about maintaining our dominant market share,” said Beauchamp, who was named to his new position in January but only started managing Labatt Quebec’s 170-member commercial team in April.

“We wanted to invest in state of the art equipment. The sector is developing a lot (and) these investments will also help us to develop more possibilities to make new kinds of liquids.”

The Quebec investments are part of a national capital expenditure program in which Labatt, Canada’s largest brewer, has invested more than $1 billion to both modernize and optimize its brewery equipment and processes since 2011.

In Quebec, Labatt has dominated beer sales since 2015, when it passed arch-rival Molson Brewery in market share.

The brewer has also developed popular Quebec brands of ready-to-drink packaged beverages like Palm Bay and Beach Day Every Day.

Hard cider was added to the line up a year ago when Labatt acquired Quebec cider factory Cidrerie Lacroix through its Archibald division, which also includes Mill Street Brewery in Ontario and Stanley Park Brewing in British Columbia.

“This is a market in full expansion,” said Archibald founder François Nolan — a Quebec craft beer pioneer who sold his own brewing business to Labatt in 2016 — when the Lacroix cider deal was announced in September 2018.

According to Beauchamp, the rise in popularity of the craft industry and consumer preference for aluminum cans over glass bottles are the two main drivers behind the rapid transition from cans to bottles in the Canadian brewing business this decade — a change that underscored the need for new investment in equipment and changes to distribution and marketing.

“Within five years it went from 35 per cent cans to 65 per cent here in Quebec (and) elsewhere in Canada,” Beauchamp said from his office at the LaSalle plant, which employs 800 of Labatt’s 1,300 employees in Quebec —
or roughly 45 per cent of the company’s national workforce.

He credits the sparkling colours and eye-catching labels on cans for their curb appeal. “Cans are more and more fun,” said Beauchamp. “And labels are easier to do on cans.”

Consumers, he added, have also jumped on the can bandwagon.

“If you give a can at the same price, consumers figured it was less work handling cans than bottles,” said Beauchamp.

One drawback, he noted, is that one-use aluminum cans are more costly than glass bottles, which can be reused up to 15 times.

Geared to produce large and small bottles at the same location and address — 50 Labatt’s Way — where Labatt has been headquartered in Quebec since 1956, the LaSalle plant didn’t have the capacity to meet the growing demand and volume for canned products.

The company made an initial investment of $32 million in 2013 to increase the flexibility of the LaSalle plant’s can line to make liquid products ranging in size from 236 milliliters to 710 milliliters.

Two years later, the company inaugurated a new line that is dedicated to producing the most popular size of a beer can — the 355 milliliters — at a speed of 1,000 per minute.

According to Beauchamp, the new line has dovetailed neatly with the rapid rise in popularity of both craft beers and RTD products with high-content sugar and alcohol.

“The market mix changed dramatically and these investments (at the LaSalle plant) were in line with that,” he said.

In addition to the new can line, a mixing room was also built where recipes using different flavours can be developed without risk of contamination.

Beauchamp is particularly bullish on the market potential of the RTD trend. He pointed, for example, to the results of a recent study that suggests women now represent 35 per cent of sales in the category.

“That’s an opportunity for us (and) we need to meet that,” said Beauchamp, adding that “women’s drinks are lighter tasting, less bitter, a little sweeter but not fattening.”

Beauchamp said young adults 18 to 25 — an age group that accounts for the largest segment of the RTD market — are also looking for “a sweeter profile and ABV (alcohol by volume) that’s worth their buck.”

For Beauchamp, (who spent four years in Mexico before being posted to Africa in 2018 as country director for Botswana and Namibia) providing support for global premium InBev brands like Corona and Stella Artois and top-selling Labatt brands in Canada, where health and wellness are top of mind, are key roles in his new job.

But he is also working closely with his Quebec team to develop tool kits and marketing campaigns to support Labatt beverages that enjoy a strong regional following in La Belle Province.

“Some RTDs that are popular in other provinces don’t sell as well in Quebec,” said Beauchamp. “For example, low-cal brands work less well here, people like sweeter.”

Specific beer brands like Corona, he added, also “resonate” more in Quebec than in the rest of Canada, as do local RTD brands like Beach Day Every Day.

He also pointed to the fact that Quebecers consume only 0.4 litres of cider per person — compared to 1.2 litres in the rest of Canada and a whopping 14 litres per person in some European countries — as another lucrative marketing opportunity.

Beauchamp also points to Quebec’s more liberal beer and alcohol retail environment as another distinctive feature that allows brewing companies to activate their brands in the province’s 6,000 supermarkets.

“In Ontario, for example, where they have liquor sales in LCBOs and beer stores, you have to negotiate the space and educate workers on your brands,” said Beauchamp.

“But here grocery stores handle beer sales. That means we can negotiate conditions and spaces with large displays like with palm trees for Corona.”

For Beauchamp, the recent investments made by Labatt in Quebec have provided him and his team with both the capacity and tools they need to maintain their dominant position in the province’s beer industry for the foreseeable future.

“But the devil is in the details,” he said. “In order to step up and make those investments pay off, we need a strong commercial challenge on the ground. That’s where I come in.” 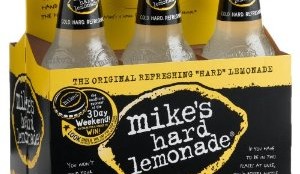 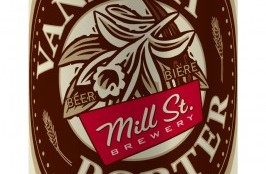 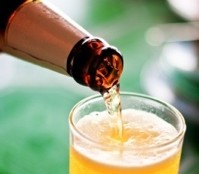