Consumers may have more choice under CETA, but show preference for Canadia 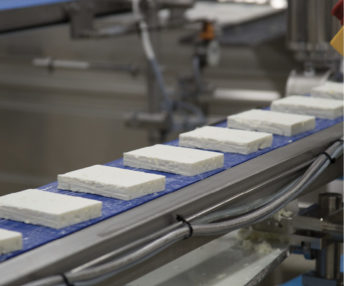 There have been concerns amongst Canadian cheese producers that their market share will be decreased with the ratification of the Canada-European Union Comprehensive Economic and Trade Agreement (CETA).

In the agreement, the EU was successful in obtaining stronger geographical indications (GIs) for 143 products, a quality policy that the European Commission says “aims at protecting the names of specific products to promote their unique characteristics, linked to their geographical origin as well as traditional know-how.” Examples of this are Champagne (the sparkling wine grown in the Champagne region of France); gouda from the Netherlands (Dutch Gouda); and Roquefort cheese, which is made using milk from a specific sheep breed and is aged in natural caves in the Roquefort-sur-Soulzon region of France. 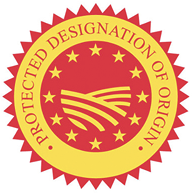 The agreement also has a provision that Canada allows the importation of 18,500 tons of European cheese by the sixth year of CETA’s implementation, representing about two per cent of Canada’s annual domestic production. Much of these imports, according to the authors of a recent study Foreign Geographical Indications, Consumer Preferences, and the Domestic Market for Cheese published in the journal of Applied Economic Perspectives and Policy, will likely not be low-priced cheeses such as cheddar, but in the form of higher-value cheeses such as feta or asiago.

However, the Dairy Farmers of Canada estimates that the EU’s market access to the Canadian cheese market will total 7.5 per cent of domestic production. This international competition has Canadian cheese producers worried about losing market share, but the authors of the study feel that consumer preferences will remain strong for Canadian-produced cheeses.

The study, published in August this year, is the first to examine how the protection of GIs within CETA will affect Canadian cheese producers, and found that GI recognition varied depending on the terms used on the label. Feta was one of their test cheeses. Under CETA, any new producer of cheeses such as feta cannot label the cheese as “feta,” but must instead label it using modifiers such as “imitation feta,” “feta style,” or “feta type.” It can only be called feta or “Greek feta” if it has been produced within specific areas of Greece using traditional methods. Companies producing feta prior to the agreement can still label feta as feta, although not as Greek feta.

There are three different classifications of GIs: the protected designation of origin (PDO), protected geographical indication (PGI) and traditional specialties guaranteed (TSG). According to the European Commission, Greek feta falls under the PDO classification, due to having “the strongest links to the place in which they are made.” If a product has this indication, a PDO seal has to appear on the packaging.

For feta specifically, geography is only a part of the PDO classification. Feta has to be made in specific areas in Greece, which are: Thraki, Macedonia, Epirus, Thessaly, Central Greece, Peloponnese or Lesvos.

As well, the PDO isn’t just an indicator of where it is made, but how it’s made, too.

For feta to be considered PDO, it must be made with both goat and sheep milk, in which the sheep milk cannot exceed 30 per cent of the total. The cheese is aged in metal or wooden barrels, humidity content must be below 56 per cent, it must be aged for a minimum of two months, and the cheese has to be produced within 48 hours after milking, said Sophia Apostoklaki, marketing manager at Roussas Dairy in Greece. The only difference in production between the metal and wooden barrels, she said, is the moulds used.

The feta produced in Canada doesn’t have to follow these strict regulations, and according to the Canadian Dairy Information Centre, 90 per cent of feta consumed in Canada last year was produced domestically. But as of yet, the EU is not using the full import quota it has under CETA. In 2018 the EU exported 5.3 million kilograms of new cheeses and the export allowance is set to gradually increase every year until 2022, where they can export 16 million kilograms of tariff-free cheeses to Canada.

Apostoklaki said 95 per cent of Roussas Dairy’s products are exported around the world, so there are significant economic implications to maximize the export allocations within CETA. 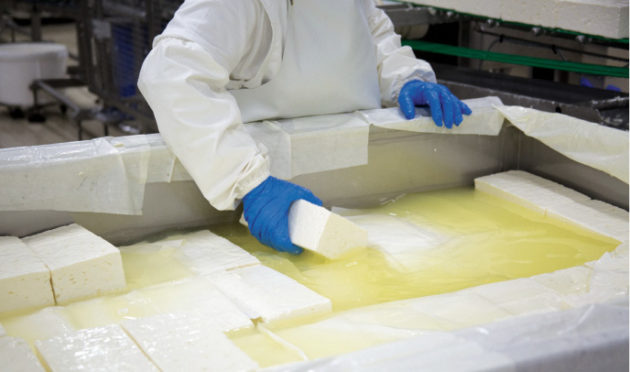 The study found that cheese labelled as “imitation” was discounted by consumers, but cheese labelled as “style” was only discounted slightly. Consumers did not discount cheese with “type” on the label at all. This also tied to consumer’s willingness-to-pay; labelling with the word “imitation” was sought out to be lower quality than those cheeses labelled with “type.”But how much of an effect does having a GI indicator or other modifier on a feta package have on the average Canadian consumer? The study found that it depends on the choice of wording, and how much information is given to consumers.

“We were kind of surprised that we didn’t find education and income to have any significant effect in our paper,” said Peter Slade, assistant professor at the University of Saskatchewan and co-author in the study. “Typically, we do find that people who are more educated or who have higher incomes are more likely to pay more for food labels, like an organic label.”

Consumer’s age and cheese buying preferences were found to be correlated. The study found that younger people have a preference for cheese made in the EU since younger consumers are more comfortable with foreign products and with authentic foods. 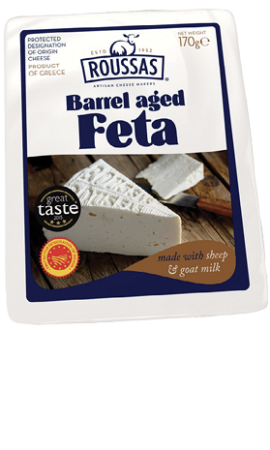 Even though the EU has protected the names of certain products, food and beverage manufacturers have rebranded the same products. One example is the re-branding of champagnes as sparkling wines.

The study also shows that cheese produced in Canada, regardless of label modifiers, was preferential to those produced in the U.S. When it comes to dairy products, Canadian consumers look for the “100% Canadian Milk” symbol, said Emmanouil Georgantelis, plant manager and food technologist at Krinos’ brand Tiras Dairies in Camrose, Alta. Krinos a leading producer of feta cheese in Canada also imports it from the Epirus region of Greece, which features the PDO seal. They sell the cheese in various styles, including a “traditional” version made with sheep and goat’s milk and others that are made with cow’s milk. They are the only producer of organic feta in Canada.

Before CETA, the company began making its traditional Greek-style feta but “goat and sheep’s milk is hard to come by,” said Georgantelis. Canada’s large number of dairy cows — 886,000 compared to 106,000 in Greece — means that Canada can produce larger volumes of cheese more cost-effectively and quickly using cow’s milk.

“I think in general, trade agreements often miss on who are the intermediaries,” said Sophia Murphy, a senior specialist, agriculture, trade and investment from the International Institute for Sustainable Development.

“We have a question about production of milk or production of cheese and how many companies are actually engaged in that. In Europe, it is much more of a small-scale industry because that’s how they set up their market and protected that. In Canada, we have highly concentrated processing, lots of dairy farmers, but not many dairies.

“The sort of rhetoric that goes to the trade agreement is that consumers are going to be so happy because they have so much more choice, and it’s so much cheaper,” she said. “It’s never that simple.”

Related
Are you a budding cheesemaker? Ontario needs you!
Milk production to increase in Canada: report
Quebec to host Mini Babybel cheese plant