In the land of milk and honeyed oats

Competing for consumers' choice in milk and its alternatives 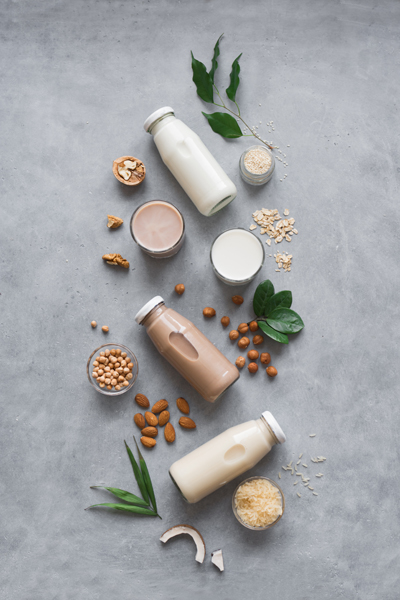 In today’s busy beverages sector, consumers desire convenience, nutrition, taste and, increasingly, a clear conscience. Dairy milk beverages, and a plethora of ‘milk’ alternatives have become a highly contested category. The updated Canada Food Guide, and a July 2019 Statistics Canada study, encourages Canadians to drink water regularly, consume vegetables and fruits more than juice, and to consume up to half a litre of either one or two per cent milk daily or soy milk (the only milk alternate mentioned). The guide also limits fruit-flavoured drinks, soft drinks, sport/energy drinks and sweetened drinks.

Milk and milk alternates face the many niche markets where consumers make choices. Factors such as nutritional density, gut health, reduced toxicity (from pesticides), animal welfare (in relation to dairy milk), environmental impact, and digestibility serve different demographics. The buying power of a new generation is pushing beverage companies to advance food science and product attributes to meet greater expectations. A January 2017 study by Deloitte, entitled Global Dairy Sector Trends and Opportunities highlights macroeconomics trends such as urbanization, rising incomes and movement toward greater consumer protein intake. Consumers seek ‘clean labels’, for products to ‘go green’, to be ‘natural’ or ‘free from’, and 55 per cent of respondents are willing to pay 10 per cent more for it, while 23 per cent will pay 10 to 20 per cent more.

A recent piece by FoodBev Media in March 2020 adds that 35 per cent of U.K. adults are skipping a meal in favour of a snack, and global dairy snacking is expected to grow. However, younger consumers are drawn toward dairy alternatives, so brands will need to re-think flavours, functional-nutritional profiles, and include plant-based and lactose-free options. In March 2019, McKinsey & Co contributed to the dairy vs. milk alternative debate by examining the potential areas of growth. According to their study, a new generation of digitally savvy consumers are avoiding ‘big food’, and up to 82 per cent ‘must know’ or ‘would like to know’ more about product ingredients, while 70 per cent want sourcing information practices. Consumers are weary of awkward ingredients, artificial flavours, colours, GMOs, or high levels of sweeteners or sodium. McKinsey added that tailoring value propositions to niche consumer segments is a challenge due to omnichannel proliferation and media fragmentation. 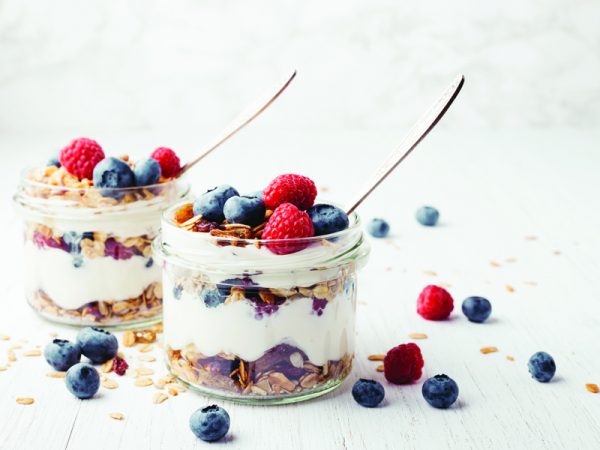 According to Reports and Data, the global probiotics market in 2020 was worth 14.7B USD. Photo © Olga Zarytska/Adobe Stock

Dairy beverages – strengths and opportunities
Amidst the significant rise of milk alternatives, cow’s milk has some strong elements going for it. It is a complete, nutritionally dense food known to benefit muscle mass, bone density and satiety. Dairy milk components, such as casein and whey protein, serve well established markets. It also addresses the growing demand for digestive health with fermented beverages, and can be marketed as a local product, especially when it comes from largely grass-fed sources, as is the case of organic Canadian milk.
Specific to gut health, a March 2020 FoodBev Media report noted the specific opportunities for kefir, a fermented dairy product, which is packed with strong health attributes, supports digestion, and has a lower lactose profile. In the Journal of Functional Foods, Garcia-Burgos and a team of Spanish researchers in 2020 highlighted the special characteristics of fermented dairy products as a functional food with antioxidant properties and does not need to be fortified like milk alternatives.

Non-dairy milk alternatives – strengths and opportunities
In their 2019 Plant Milk report, ProVeg, a plant-based advocacy group, claim that 75 per cent of the world’s population is lactose intolerant, and a growing generation of people are turning toward plant-based beverages as a personal preference. By 2018, plant-based milk sales had risen nine per cent in the U.S.A., while sales of traditional cow’s milk sales had declined by six per cent. Further, plant milks accounted for 15 per cent of total milk sales. Research and Markets, a data agency, projects non-dairy milks to reach $38B USD in sales by 2024.

In a January 2020 article in the Guardian, Annette McGivney wrote, “All milk alternatives are better for the planet than dairy.” She cited a 2018 University of Oxford study that found producing a glass of dairy milk results in three times the amount of greenhouse gas emissions than a plant-based alternative. While the scientific merit of this study is up for debate, the environmental footprint of industrialized dairy production has been scrutinized for decades. McGivney’s article also sheds light on the impact of milk alternatives. For example, coconuts grown for a rising global market have “led to deforestation and place pressure on rainforests”. Closer to Canada, the California almond industry claims it takes 130 pints of water to produce a single glass of almond milk. Further, 70 per cent of commercial bees pollinate the almonds, which, in 2019, led to the death of more than a third of bee colonies in the region.

Beverage processing innovation
Advances in food science and rapid consumer responsiveness in both animal and plant-based milks is leading to a positive future. For example, lactose-free, grass-fed and organic dairy milk that are certified for animal welfare is now available. According to the research agency, Reports and Data, the global probiotics market in 2020 was $14.7B USD, and it serves the demand for ready-to-drink functional beverages addressing gut health disorders. Probiotics are well established with brands such as Yakult, Danone, Nestle, Lifeway, Nextfoods, Fonterra, Chobani and Bio-K.

Even though dairy milks will continue to innovate and evolve, scholars such as Erica Pontonio and Carlo Rizzello claim there is “a growing prevalence of allergenicity toward cow’s milk, lactose intolerance, and hypercholesterolemia” in a 2021 article for the academic journal Foods. These statements and growing consumer awareness are leading advances in food science, emulsification, fortification, and cost-efficient operations. Beverage brands in dairy, and plant-based alternatives, alike must remain aware of the possibilities.