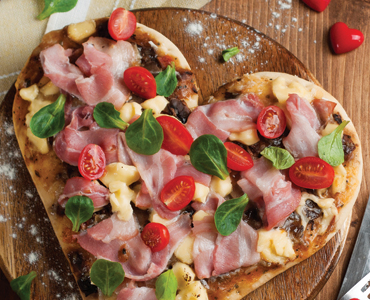 The tongue, the heart, the liver, the feet, the cheeks, even the brain – eating all these parts of the animal and more is at the heart (so to speak) of the nose-to-tail movement. As Canadians are becoming increasingly concerned with sustainability, responsible food production and knowing exactly where their food is coming from, the trend toward eating every part of the animal is clearly gaining steam.

“I think the public is more interested in and educated about where their meat comes from, and as a result, they have sort of connected the animal to its living self,” says Cory Pelan, owner of The Whole Beast, an artisanal cured meat producer in Victoria, B.C. “So when people see pork on a shelf, they think of the actual pig, whereas before they just thought of it as a pork chop.” As a result, it feels better for many people to know that although an animal may have been killed for that meat, at least every single part of that animal is being used to feed people, rather than having a large portion of it senselessly wasted.

And from the perspective of a producer like Pelan, using the whole animal provides a significant financial upside. “We buy our animals whole and butcher them, so there’s a huge savings because we don’t have to pay anyone else to butcher them,” says Pelan, whose shop specializes in items like salami, chorizo, bacon, prosciutto, coppa, pepperoni and pâtés, as well as harder-to-find specialty products such as blood sausage, liverwurst, head cheese, cotechino and corned lamb or pork tongue. About 35 per cent of his business is supplying to restaurants, cafés, grocery stores and specialty shops, while the rest is retail to consumer. The business has been in operation for three and a half years, and Pelan says he’s experienced double-digit sales growth each year.

Many of The Whole Beast’s customers shop there because they’re interested in sustainability and ethical eating, while others are concerned with eating healthy and knowing where their food is coming from. Those consumers appreciate being able to ask Pelan about the origin of the meat, whether the animal was raised ethically, what’s in the sausage, and those sorts of details. “People want to consume food that has a sustainable future. They’re also concerned about what they’re putting in their bodies or their kids’ bodies. That’s often a motivator,” he says, especially when it comes to items like sausage, the contents of which have frequently been something of a mystery to many consumers in the past. “And meat is becoming a health food again now that you can source good quality, ethically raised meat.”

Derek Dammann, owner and chef at popular Montreal restaurant Maison Publique, agrees that using the whole animal in creative ways can be extremely cost effective. “The price comes way down when you buy the whole animal rather than just buying, say, filet mignon,” he explains. Dammann’s restaurant fully embraces the nose-to-tail movement — he and his staff do all their own butchery, sourcing whole animals from local farms. He’s developed strong relationships with his farmer/suppliers, and many of the staff has gotten to know the farmers as well. These relationships provide another advantage when communicating the origin of the food with curious customers. “When customers say, ‘Tell us about the lamb,’ the servers can say, “It comes from a farm about an hour and a half away. The farmer’s a really nice guy. It’s an organic farm. He brings us maple syrup too,’” says Dammann. “So it’s a little anecdote that gets you talking to the customer, and the customer gets to find out where it comes from.”

Maison Publique will offer a variety of creative dishes that use as much of the animal as possible, but Dammann doesn’t like the idea of doing things simply for shock value. His most popular nose-to-tail-related menu items are his selection of charcuterie (dry-cured meats, sausages, pâtés, etc.). “We make all our own charcuterie, which uses everything, nothing goes to waste: the skin, the cartilage, the head…charcuterie really embraces the whole animal,” says Dammann.

Charcuterie has, in fact, already hit the mainstream. Canadian consumers are increasingly interested in ordering elaborate charcuterie platters at restaurants, as well as offering up impressive charcuterie platters when entertaining at home. This past November, Waterloo, Ont.-based Piller’s Fine Foods launched a new line of deluxe European-inspired charcuterie meats: Piller’s Charcuterie Alpen Salami, Piller’s Charcuterie Cervelat Salami and Piller’s Charcuterie Westphalian Ham. These new products aim to give consumers a more indulgent experience than your typical deli meats, offering a “premium” quality based on Old World traditions. “The reason we decided to launch this line is because of a growing consumer interest in traditional European dry-cured meat,” says Rita Weigel, director of Marketing for Piller’s.

Weigel points out that charcuterie meat sales in general have experienced strong growth nationally in the last couple of years, and interest in charcuterie appears to be continuing to rise. From Piller’s perspective, it’s mostly about a return to Old World European tradition and a desire for “premium” eating experiences. “I think this is a popular trend right now because of that growing interest in indulgent gourmet experiences,” says Weigel, noting that consumer feedback has been excellent on the new product line so far.

As for nose-to-tail-focused restaurants, Dammann concedes that not every restaurant is able to do what he does, nor will they all want to. And at chain restaurants or hotels, it’s simply not as feasible because they typically must offer the exact same thing consistently on the menu each week. On the other hand, independent restaurants are able to alter the menu and culinary experience based on what has come in from the local farmer that week.

“It’s all about personal choice,” adds Dammann. “I choose to do this because I really enjoy it. I like making charcuterie, I like doing butchery. Some people choose to focus their energies on other things, and that’s completely fine.” But Dammann says he wouldn’t operate any other way. “We’re just trying to use that philosophy — to use everything, and not have any waste, and be respectful and responsible. You know your animals are coming from a place with good stewardship,” he explains. “It’s not a groundbreaking new thing.”

In its 2014 Canadian Chef’s Survey, Toronto-based Restaurants Canada found that the nose-to-tail movement is having a significant impact on the culinary world. The Top 10 Hot Trends list resulting from the survey showed that two of the 10 trends were related to nose to tail: number eight was charcuterie/house-cured meats, and number 10 was inexpensive/underused cuts of meat (for example, beef cheek, brisket, pork shoulder and skirt steak).