After a turbulent few years, the meat and poultry sector is poised to capture new growth opportunities 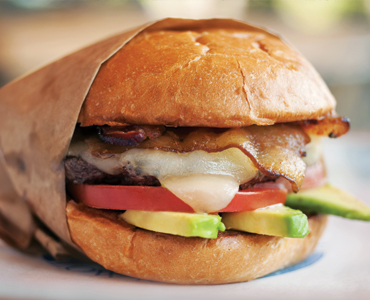 It’s been a turbulent few years for the North American meat industry, especially beef and pork. Droughts and harsh winter temperatures have sent prices for beef cattle soaring. Meanwhile, the pork sector has been pummeled by higher feed costs, an outbreak of porcine epidemic diarrhea virus (PED), and a resulting jump in the price of live hogs. These events in turn put serious pressure on beef and pork processors. In fact, when Toronto’s last remaining abattoir went bankrupt last year, it said it could no longer pay its bills due to the climbing cost of live animals.

It’s no surprise either that the price increases have made themselves felt at the grocery checkout. According to the 2014 University of Guelph Food Price Report, meat accounted for the biggest food price rise in Canada last year – up 12.4 per cent compared with 2.8 per cent for food overall.

Poultry has had an easier ride. Consumption of chicken has risen steadily since the early 1980s, based on consumer perceptions that it’s a healthier form of protein than red meat, and prices have remained comparatively low. Based on StatsCan data, the average retail price of a kilo of chicken in December 2014 was $7.43, compared with $13.02 for pork chops and $18.08 for round steak.

Fortunately, there are indications that better things lie ahead for the meat industry as a whole. Consumers continue to buy the products and inventories are recovering. Canadian meat exports could reach $5.7 billion in 2015 – $1 billion higher than last year and a 25-per-cent increase in value on almost the same volume, says Ron Davidson, director of International Trade, Government and Media Relations for the Canadian Meat Council. “There’s no reason Canada shouldn’t continue to be a leader in meat production,” he notes. “We have the feed, the land, the water and the technology.”

What’s more, consumer trends and shifting demographics are opening up new product opportunities. Consumer desire for healthy, convenient options, coupled with renewed interest in protein, is driving the growth of meat snacks. Changes in immigration patterns are fuelling demand for entirely different meats. In addition, the rise of the food movement, with its emphasis on clean labels, local provenance and specific production methods, are offering new avenues for processors to differentiate themselves.

Whether it’s due to the Paleo diet craze, or to research showing that nutrient-dense foods provide more lasting energy and satiety, protein – including meat – is making a comeback.

The emergence of meat snacks and snack bars is a case in point. “We believe lean meat protein snacks will be the new power bars,” says Michelle Neilson, COO for McLean Meats in Vancouver. “High sugar snacks are being weaned out of schools throughout North America in hopes of battling obesity and diabetes rates. Soon grocery stores will follow and you’ll see more meat and other protein snacks at checkout.”

Meat snacks appeal to a younger demographic, and can range from meat jerky to bars made from humanely raised, grass-fed animals. “Consumption is highest amongst 18- to 34-year-olds, with 37 per cent of that age group eating them compared with 29 per cent overall,” says Jodie Minotto, global food and drink analyst at Mintel. “Many of these products are targeted at men, who have a much higher consumption of them than women do.”

Demand for alternative sources of protein is being driven by Canada’s changing immigration patterns, and by restaurant chefs on the lookout for different tastes and textures that meats such as bison, rabbit and goat can provide. For example, goat meat consumption has risen steadily in North America for more than a decade, according to the Canadian Meat Goat Association (CMGA). In this country, the number of goats has more than doubled since 1991. Goat, or chevon, is the most widely eaten red meat in the world, and is a key source of meat protein in regions that supply many of Canada’s new immigrants, such as the Middle East, South and Central America, Southeast Asia, China and the Caribbean. Chevon is also healthy. USDA data shows it as having fewer calories, less fat and less cholesterol than beef, lamb, pork, venison or chicken. Although goat meat is available mainly in specialty shops and farmers’ markets at the moment, there’s real potential for growth, a CMGA spokesperson says.

Large and small processors and retail chains are also making the most of rising consumer interest in how their food is produced to create a variety of “free-from” lines. McLean Meats, for example, specializes in packaged deli meats and snacks it positions as “clean and lean” (produced without preservatives, nitrites or GMOs) and sourced primarily from Canadian animals that have been raised naturally and humanely. “Many of our customers have food allergies, food sensitivities or dietary restrictions,” explains Neilson. “But another segment is looking at where and how the animals were raised. For these customers, it’s important to know that the animals have not been confined in cages or gestation crates and that they’ve been raised without antibiotics.”

Earlier this year, Finest Sausage & Meat of Kitchener, Ont. unveiled the first of a line of pork products enriched with health-promoting DHA/EPA omega-3 polyunsaturated fatty acids, as well as organic selenium, an antioxidant considered an essential trace element in the human diet. The pork is not only healthier, it tastes better, says the company’s Shannon Desborough. “We’ve done blind taste tests and it’s definitely more flavourful.” Provided through local company Willowgrove Hill, the meat is also raised without antibiotics and growth-promotants from birth to market, with the omega-3 and selenium introduced naturally through a specially formulated, patent-protected diet. Desborough estimates that the complete product line, which includes bacon, sausage and salami, will be available by early summer, in the Kitchener area to start, but with wider distribution as demand grows.

As the meat sector experiences a turnaround, companies looking to innovate have a number of opportunities to explore. With protein trending upwards, this may be the time to clearly position meat as the nutritional powerhouse that it is. “The research is there,” says Davidson. “Meat is a high-quality food and part of a balanced diet.”