Getting serious about cereal bars 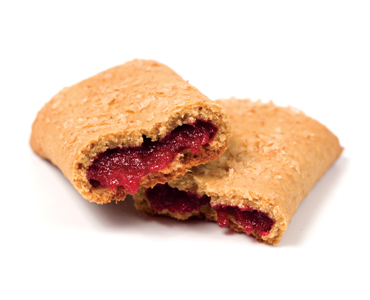 The appetite for handy, individually wrapped snack bars has been on the rise for years. They are a standard lunch-box filler, a convenient grab-and-go solution for the fast-paced commuting lifestyle, and an easy way to “fill the void” day or night.

Many of these tasty convenient bars have carved out a niche in the breakfast category, knowing full well that sitting down for a bowl of cereal or a boiled egg is a timely luxury that many can’t afford to cram into their weekday morning routine. The tearing open of a cereal bar has also become a commonplace ritual to subdue the mid-morning symphony of hunger pains

heard across many office floors and classrooms.

Over time the category has proliferated, and now includes a wide range of flavour options and nutritional variations. Some are targeted to the little ones, while others are aimed at the ultra health conscious. We recently set out to explore a small part of the serious world of cereal bars to see if they are all equally serious contenders.

We recruited 50 females between the ages of 25 and 54 from the Greater Toronto Area who are regular consumers of cereal bars. They tasted and evaluated four brands of strawberry flavoured cereal bars, including two national brands and two private-label brands. They were asked a series of detailed hedonic and “just about right” questions regarding the appearance, flavour, and textural profiles of the cereal bars.

One of the four cereal bars in our brand array had some seriously great product credentials. It boasted the top scores on all key measures including overall liking and overall flavour. A whopping 46 per cent said they would definitely buy this bar, which far exceeds our benchmark for definite purchase intent in this category.

Overall this bar did not have the fruitiest or sweetest flavour, but it was described as chewy, satisfying, delicious, healthy, and having a uniquely nuttier flavour than the other bars. Interestingly, in addition to coveting the best product profile, the product was also perceived to be significantly healthier than the other three cereal bars. However, the perception of healthy is not always reality. Like a wolf in sheep’s clothing, this bar had an appearance of healthiness which was not actually mirrored in the nutritional declaration. It had more calories and fat content than the other three bars, although on the upside, it was pumped with fibre delivery and at par with the others on sugar content.

The next two runners-up in our cereal bar contest had a respectable showing overall. They may not have reached the same heights as the winning brand, but they achieved many of our performance hurdles. They would both benefit from a bit of fine-tuning, but overall these bars were certainly shelf-worthy.

Unfortunately one brand in our foursome did not perform well, falling well below the acceptable norms for overall liking and purchase intent. The strawberry filling did not have a desirable flavour – it was too sweet, not fruity enough, and was followed by a disagreeable aftertaste. The colour of the filling was also too dark and seemingly artificial. The filling was not the only problem – the outer shell was too dry, too hard, and even came across to some as stale. Moving the dial on overall liking would require some serious reformulation for this underachiever.

Although our top-performing cereal bar did not have the most nutritious credentials in the pack, it did boast twice as much fibre delivery than the others – which by the way was stated as the most important nutritional benefit among our cereal bar consumers. We do not think this is a coincidence, and it leads us to speculate that this brand mastermind is truly in it to win it.

But like most competitive fields, there can only be one true winner followed by a few serious contenders that are close on their heels, continuously striving to improve the overall pace of the race and narrow the gap with the front-runner. But if you’re not a serious contender, racing miles off the pace, satisfied to anchor the back of the pack indefinitely, there will come a day that you will be proverbially “eaten for breakfast”…and that’s no joke.