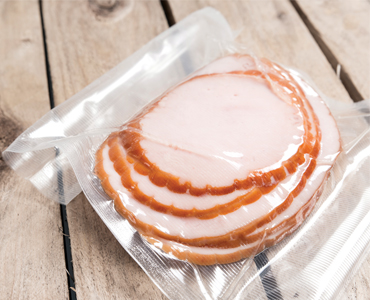 Five years ago, Del Monte introduced individually wrapped bananas, marketed under the slogan, “natural energy snack to go.” Not surprisingly, the backlash was swift, and environmentalists criticized Del Monte for adding to the litter and landfill problems. Even comedian Jon Stewart weighed in on the debate on The Daily Show, stating, “What problem… what function does the bag serve that the peel does not currently serve? A product for people who love bananas but hate their biodegradability?”

The bag actually contained “controlled ripening technology,” which extended the shelf life of the bananas up to six days. With

today’s growing food waste problem, maybe the idea wasn’t so bananas after all.

Around the world, food waste is increasingly seen as a serious environmental and economic issue. According to the United Nations’ Food and Agriculture Organization (FAO), roughly one third of the food produced in the world for human consumption every year – approximately 1.3 billion tonnes – is lost or wasted. Food loss occurs mostly during production stages – harvesting, transportation and storage of food – while food waste typically takes place at the retailer and consumer level.

A 2013 report from the FAO stated that every year, food lost and wasted adds 3.3 billion tonnes of greenhouse gases to the planet’s atmosphere, more than most countries emit. The economic losses were estimated at a staggering US$750 billion. In Canada, the Value Chain Management Centre estimates that Canadians waste $31 billion of food annually.

Now, an unlikely ally is emerging in the fight against food waste: the packaging industry.

Often maligned for being bad for the environment, packaging is now seen as a force that can play a vital role in helping reduce food waste.

“There’s an awful lot of focus on food waste, and because [the issue] is in a much higher-profile position, there’s also recognition that packaging, which often has a much smaller overall environmental footprint for a product, can have a positive role here,” says Todd Bukowski, senior packaging consultant at Havi Global Solutions.

How can packaging help in the battle against food waste? First, packaging’s fundamental role is to protect food. “If it doesn’t protect the product, then all the effort to make the product [including transportation, water and energy] is wasted, so that’s key,” says Rachel Morier, director of Sustainability at PAC, Packaging Consortium.

While products like strawberries and blueberries have traditionally always been in packaging, more produce items are now being packaged, says Carol Zweep, manager, Packaging, Food and Label Compliance, at NSF International. An example is tomatoes in clamshells. “The argument is it’s easier to transport and you get less food waste because food is not being dropped, mishandled or damaged in transportation before it’s being sold to the consumer,” she says.

Another trend is packaging technologies and solutions that help extend the shelf life of fresh foods. The primary example is modified atmosphere packaging (MAP), which alters the composition of gases inside a package. According to packaging solutions company Sealed Air, the shelf life of lettuce with MAP can be extended from four days to 14; fresh meat goes from three days to 21 days; and cheese goes from seven days to 180 days.

Bukowski says solutions such as MAP and vacuum packaging present an opportunity for food manufacturers to extend shelf life without adding preservatives. This is key because “consumers are also looking for clean labels and healthy ingredients,” he says.

“Intelligent packaging,” which conveys indicators such as ripeness and time-temperature, can also help extend shelf life and monitor freshness. This technology also has the potential to replace the date code system, which is a big contributor to food waste.

“There’s been a lot of discussion on the best-before date on foods,” says Zweep. “Is the food really bad at that best-before date and should it be thrown out, or is there a better way to [indicate] that? So, companies are now looking at ways that would reflect the quality of food [more accurately] than assigning a best-before date.”

Some packaging that was developed to be more convenient is also helping curb waste. Case in point: the simple re-close feature. “Obviously a sealed package has a much better chance of preventing food loss because you’re keeping out things like moisture and oxygen,” says Bukowski. “But it also helps extend shelf life because the food stays in the package it was designed for.” That means consumers don’t have to repack the food or use things like bag clips, which might not be as effective in keeping products fresh.

However, companies face the challenge of creating packaging that can reduce food waste, but still be recycled. “One of the issues right now is that some of the newer generation of packaging that is very conducive to reducing waste – for example, pouches and things that are re-sealable – are not necessarily compatible today with the recycling system,” says Isabelle Faucher, managing director of the Carton Council of Canada. “So, the challenge is to still have the end of life in mind when you’re designing packaging, and to incorporate that component as well, while reaping the huge benefits of food waste avoidance.”

Another big challenge for food manufacturers is changing consumers’ perceptions about packaging, which will require a concerted education effort. With bananas and oranges, for example, “consumers think nature has created this perfect package… so there’s a bit of consumer trepidation about adding packaging to things like fruits and vegetables,” says Bukowski.

“It is a perfect package in many ways, and it works great if you are in the region where those fruits and vegetables are grown,” he adds. “But in today’s global supply chain, having a banana that lasts only six days is a challenge to get it through the supply chain, get it to the consumer, and have it be consumed within the time limit that the fruit naturally has.”

Since 2013, PAC has been working to bridge the food waste knowledge gap. Last year, when single-serve brewing systems were getting bad press for the amount of packaging they generate, PAC released surprising research findings from a study it did with Club Coffee and Mother Parkers Tea & Coffee.

The research, conduced by life cycle assessment company Quantis Canada (now Group Agéco), found that “the carbon footprint between the two – bulk brewing systems versus a coffee pod system – is actually quite negligible,” says Morier. The study states that wasted coffee and electricity consumption during brewing and heating are the key parameters in the comparison between single-serve coffee and brewed bulk coffee, rather than packaging.

“It’s a very emotional subject for consumers because all they see is the package,” says Morier. “But people don’t see all the efforts to grow coffee, the water used, the electricity and the transportation.”

Moving forward, PAC’s food waste program will look for more research opportunities where there are gaps in information, says Morier. The organization has also produced numerous case studies on packaging technologies that can help reduce food waste in six areas, from raw material and transportation, to manufacturing and processing, to the retail and consumer level.

Bukowski believes that in the future, there’s going to be more legislation on food waste, and cities such as Seattle and San Francisco have already introduced bans on throwing food waste in the trash. “Ultimately, that’s going to lead to more composting infrastructure so that we provide a new end-of-life outlet for food waste, because right now it largely goes to landfills,” he says. “But that’s going to require more collaboration with the value chain.”

That’s another big challenge in the battle against food waste: it can’t be tackled alone. “It’s not just one company that’s going to do it,” says Bukowski. “It’s going to require governments, local municipalities, material recovery facilities, waste haulers and the packaging industry as a whole working together.”